The victim was quickly rushed to State Hospital Ishara,but was pronounced dead by doctor on duty. ''the statement reads 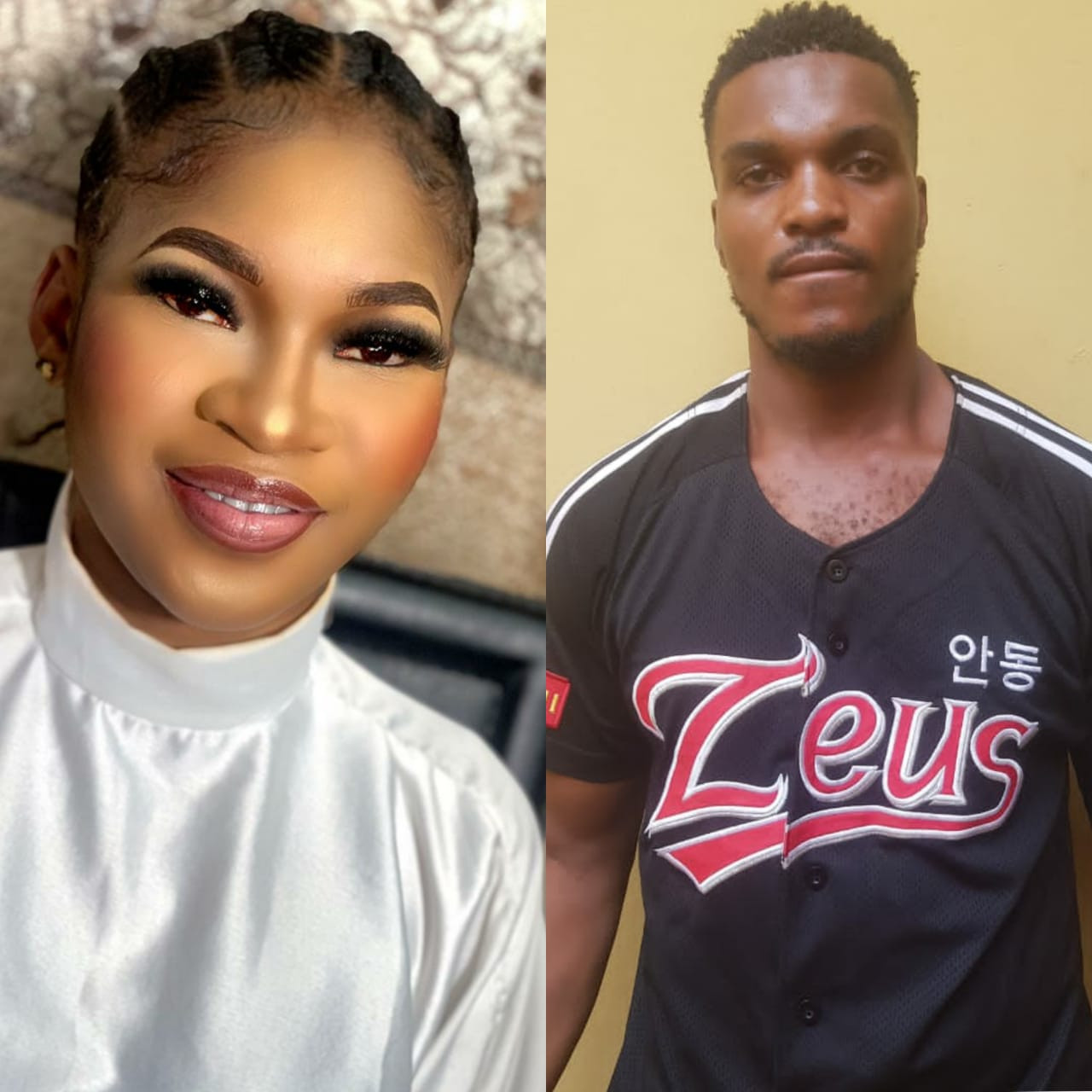 Men of the Ogun State Police command have arrested a 27-year-old suspected Yahoo boy, Obeta John for killing his girlfriend.
He was apprehended on Tuesday, November 29 after he allegedly killed his girlfriend, one Idowu Buhari, an HND1 Mass Communication student of Gateway polytechnic Saapade.
The spokesperson of the state police command, SP Abimbola Oyeyemi, who confirmed the arrest, said the suspect was picked up following a distress call received at Ode-Remo divisional headquarters, that one Obeta John, who resides at No 3, Mojubade compound, Eredu Ishara, locked his girlfriend inside his room and had started beating her, and hitting her head against the wall. All efforts made to persuade him to open the door proved abortive.
''Upon the distress call, the DPO Ode-remo division, CSP Fasogbon Olayemi quickly led his men to the scene where they met the victim in the pool of her blood after forcing the door opened.
The victim was quickly rushed to State Hospital Ishara,but was pronounced dead by doctor on duty.' the statement reads
He said the suspect who is an indigene of Enugu state was promptly arrested and taken to custody.
''On interrogation, the suspect, Obeta John, informed the police that he is an internet fraudster, and that certain amount of money from one of his clients was paid into the account of his deceased girlfriend which she refused to relinquish to him.
He stated further that it was the argument over the said money that led to scuffle between them which eventually led to the death of the girl.'' the statement read
Abimbola added that the state Commissioner of Police, CP Lanre Bankole, has ordered the immediate transfer of the suspect to Homicide section of the State Criminal Investigation Departments for further investigation and diligent prosecution.
Top Stories