According to the PPRO, the suspect specialises in defrauding people by swapping their ATM cards and withdrawing money from their accounts. 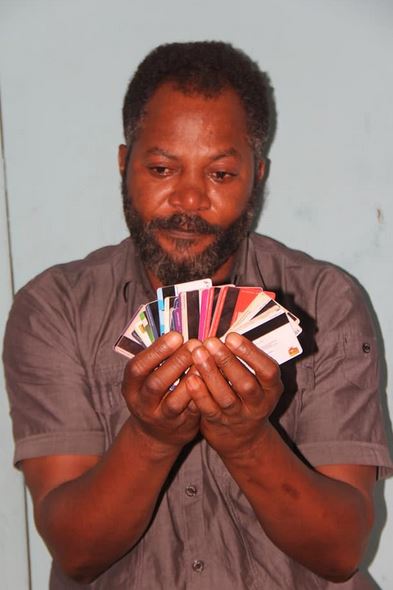 A 44-year-old man identified as Michael Joseph has been arrested by men of the Bauchi State Police Command for attempted fraud.

Spokesperson of the command, SP Ahmed Mohammed Wakil, who disclosed this in a statement on Monday, December 5, 2022, said that Joseph, of Gada Biyu, Jos Plateau State was arrested by detectives attached to the B' Divisional Police headquarters.

According to the PPRO, the suspect specialises in defrauding people by swapping their ATM cards and withdrawing money from their accounts.

"Reports available at the Command’s disposal indicated that on the 30th November 2022 at about 1320hrs that on the same date at about 1054hrs Salome Aliyude ‘f’ of Yandoka Barracks, Bauchi went to the first bank main branch situated along Banks Road for a transaction," the statement read.

"While at the ATM queue, the suspect insisted to know the type of ATM card she was using for the transaction. In this manner, she was not comfortable with his curiosity and she quickly reported him to the bank securities.

"Following this development, an investigation was instituted where the suspect found in his possession thirty-one Automated Teller Machine (ATM) cards of different banks.

"On interrogation, the suspect revealed he hails from Benue State, and came to Plateau state for seeking a job. He has been a bus driver for 3yrs in Jos, Plateau State. He was introduced to the fraud activity by one Magaji ‘m’ of Kano State when they met at a beer parlor in Jos, Plateau State.

"It was revealed that the suspect gathered ATM cards from different banks and went to a nearby bank and hunt for a help-seeking person who cannot operate ATM.

"The suspect easily gets the ATM card pin of his victim when he assisted a non-consenting person with an ATM transaction, where he quickly swaps the victim’s ATM card with old an ATM card from the same bank in his possession.

"Further investigation revealed that the suspect had successfully defrauded the sum of eighteen thousand naira (N18, 000.00) of his first victim at Access Bank Plc, while the second victim defrauded twenty-five (N25, 000.00) at Micro Finance Bank, all in Plateau State.