My Incantations In Movies Affected Me In Real Life – Babalawo Character, Alebiosu


He disclosed that while sleeping, he would see some strange beings and some would even turn to goats to attack him. 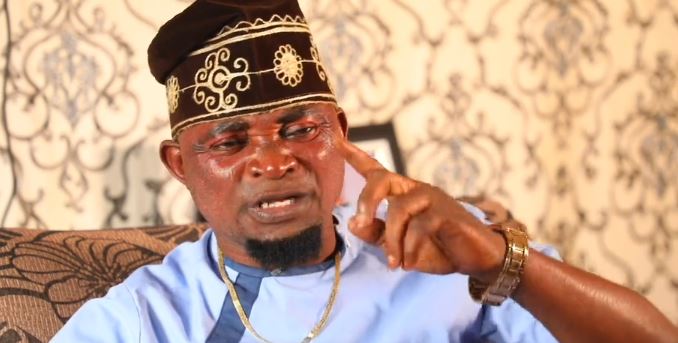 Popular Yoruba actor, Adewale Alebiosu who plays Babalawo or Ifa priest characters in movies has disclosed that reciting some incantations in movies affected him in real life.

Alebiosu, who spoke with BBC Yoruba, said he was just doing his job as an actor, that he never knew the incantations he was reciting could come to haunt him in real life.

He disclosed that while sleeping, he would see some strange beings and some would even turn to goats to attack him.

Alebiosu said, “I never knew there was so much more to the incantations I was delivering. I thought I was just delivering my lines, not knowing there are repercussions to follow. Whenever I get home after the act, while I sleep I would see some strange beings and some would turn to goats and start biting me.”

Alebiosu warned that the coming generation who wants to play the role of a Babalawo should be very careful and be ready to be prayerful. According to him, the role requires all sorts of precautions.

“I’m saying this to warn them so that they don’t end up regretting their lives or ending up miserably,” he said