This was seen in a video clip obtained by SaharaReporters on Tuesday morning, showing some lifeless bodies in the pool of their blood which the gunmen identified as those working for the APC government. 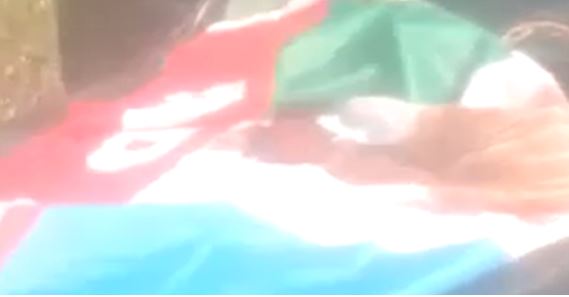 In what will come across as a really startling development, some supporters of the All Progressives Congress (APC) have been killed.

They were reportedly killed by gunmen for defying a kangaroo sit-at-home order in Anambra State.

This was seen in a video clip obtained by SaharaReporters on Tuesday morning, showing some lifeless bodies in the pool of their blood which the gunmen identified as those working for the APC government.

He declared the sit-at-home to test the resolve of the people to boycott the 2023 general elections.

However, the detained leader of IPOB, Kanu, through his counsel, Sir Ifeanyi Ejiofor, countered the directive and asked IPOB faithful to ignore the order as he never authorised it.

“Thunder fire APC. This government is our government. Anybody working with Nigerian government will die,” one of the gunmen said in the video.

In a related incident, SaharaReporters had also reported that gunmen enforcing a purported five-day sit-at-home order in Enugu State attacked and burnt a police patrol vehicle at New Market area on Saturday morning.

A police source who confirmed the attack to SaharaReporters, said that no life was lost, but he didn't provide further details.

It was gathered that the hoodlums who were numbering over 10 had stormed the New Market area as early as 6am probably to shut down the market but met some policemen on ground and hence attacked them.

They were reported to have engaged the policemen deployed to the market in a gun duel and eventually succeeded in setting ablaze their patrol vehicle.

Some early morning traders told SaharaReporters that the shooting forced traders who had arrived in the market for their daily business to scamper for safety, leaving their goods behind.

Also, business activities in Enugu, the Enugu state capital came to a standstill on Monday as residents were forced to observe the sit-at-home exercise.

SaharaReporters observed that schools, government offices, markets, fuel stations, malls, and banks, among others, were all closed.

Major roads across the state were also deserted as bus services and commercial motorists withdrew their services.