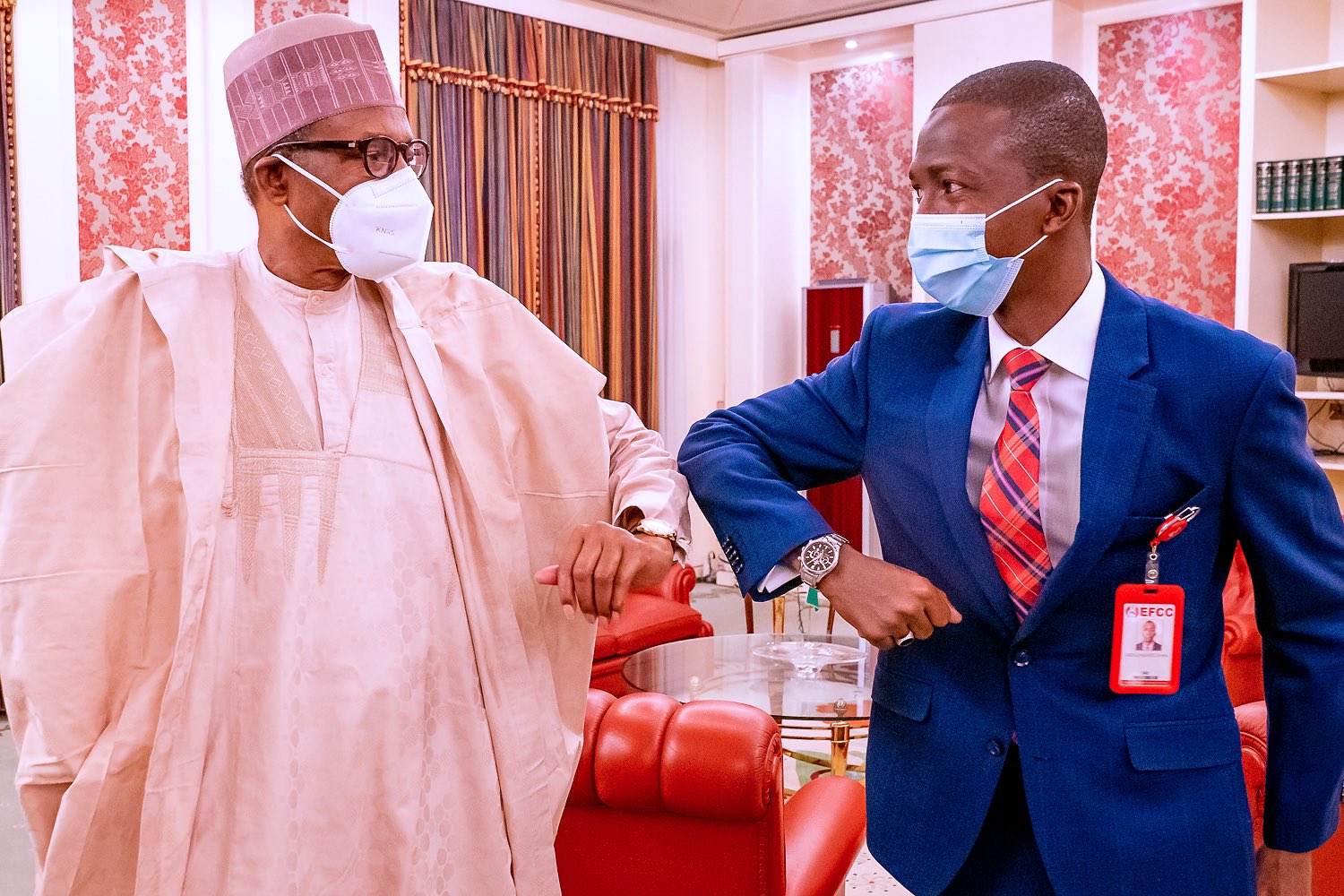 The Senate is seeking to cut the power of the President to terminate the appointment of chairman of the Economic and Financial Crimes Commission (EFCC).
A bill to that effect sponsored by Senate minority whip, Senator Chukwuka Utazi (PDP Enugu North) is titled: “Economic and Financial Crimes Commission (Establishment) Act Amendment Bill and for other Matters Connected Therewith 2022.”
The bill has now passed second reading.
Leading debate on the bill, Senator Utazi said in ensuring security of tenure for EFCC chairman, the senate should approve removal of any chairman on the firing line of the President as it does in appointment.
He said: “One of the thrust of this amendment is the issue of security of tenure for the executive chairman of the commission.
“For other anti-graft agencies created through the legislative instrumentality, before and later, that is, the Independent Corrupt Practices and Other Related Offences Commission (ICPC) and Nigerian Financial Intelligence Unit, (NFIU) the national assembly ensured that the headship had security of tenure by ensuring that their appointments and removal, as the case may be, were subject to the confirmation of the senate.
“That was not the case with the EFCC. Therefore, in this proposed amendment, it is intended to bring the EFCC in conformity with the other two anti-graft agencies of government. This will ensure optimal performance by the commission of the very important mandate assigned to it.”
According to Senator Utazi, other thrust of the amendment, despite already been taken care of by President Muhammadu Buhari with the appointment of Abdulrasheed Bawa as EFCC chairman in February last year, required law to restrict such appointment to EFCC staff is being sought by the bill .
He said, “As a new commission, it was understandable that its headship were appointed from outside of the commission, for obvious reasons.
“However, the turning point of the commission came when this administration which has as its mantra in the fight against corruption, took the pioneering and audacious step by looking inwards, in the commission to pick the first executive chairman of Economic and Financial Crimes Commission to head it.”
Top Stories