This was disclosed on Thursday, during a meeting of stakeholders in Anambra South Senatorial Zone with the leadership of the Independent National Electoral Commission, INEC. 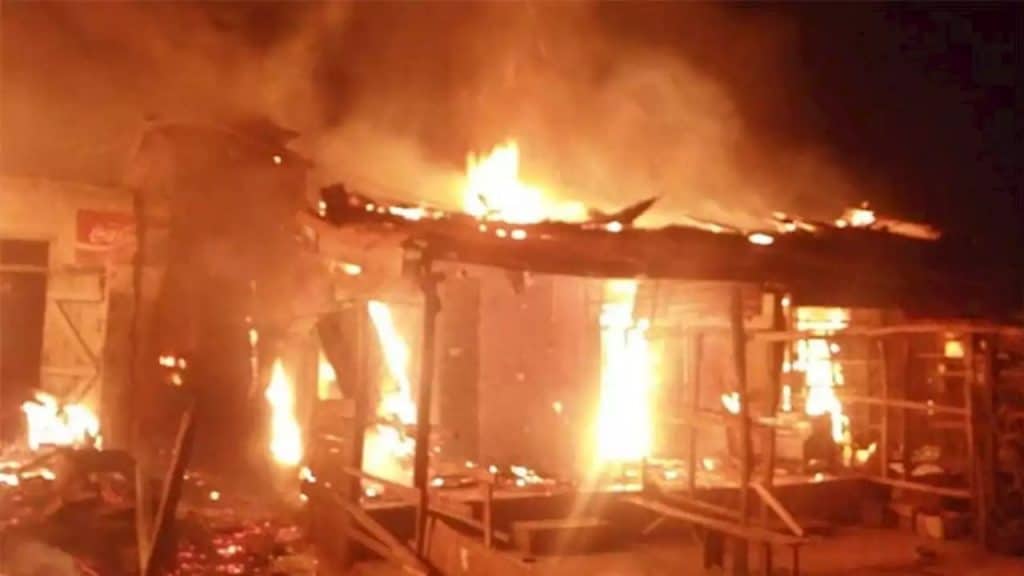 Some gunmen have caused serious commotion in Anambra State, setting ablaze some buildings.

This was disclosed on Thursday, during a meeting of stakeholders in Anambra South Senatorial Zone with the leadership of the Independent National Electoral Commission, INEC.

Anambra South Zone had previously been noted as the hotbed of insecurity in the state, and INEC in the stakeholders’ meeting solicited collaboration to ensure that elections in the zone are held peacefully.

The State Resident Electoral Commissioner, Queen Elizabeth Agwu who presided over the meeting asked the stakeholders whether elections would be held in those communities because of their current volatile state.

President General of the Osumoghu community in Nnewi South, Denis Muomaife, who was in the meeting stated that two of his buildings were burnt two weeks ago by unknown persons.

Muomaife said the community had set up a peace and reconciliation committee to make sure that such issues were tackled in time to ensure that elections can hold in the area.

DAILY POST also gathered that the house of the traditional ruler of the community and that of the Deputy Speaker of the Anambra State House of Assembly representing Ihiala II Constituency were equally also set ablaze.

Addressing the stakeholders, Agwu said it was about time youths in Anambra State took possession of their lands.

She said insecurity in Igboland was caused by the indigenes and not imported persons, adding: “We must hold 2023 elections; it must be credible and the votes must count. This is the time for the youth to rise up in different communities to protect their people.”

She said further: “We have prepared for the election with materials and men. What we need from communities is to collect their Permanent Voters Cards, PVCs. Non-sensitive materials have been distributed already.

“Anything that will make [the] election not successful in Anambra South should be resisted; anyone caught doing abnormal things during the election will not be alive to tell the story.

“I’m relying on the Presidents-General in all the communities and traditional rulers to secure their areas during the election. Let us avoid suppressing ourselves.”

The REC further said that the corporate existence of Nigeria depends on the 2023 election.

“This nation is seriously depleted today and that’s why we’re talking about unity. Voter education concerns and affects everyone in this country. There are so many ways it affects us, but the problem we have here is our penchant for pursuing money,” she said.