When confronted, the wife initially lied and said the guy with her is her brother. 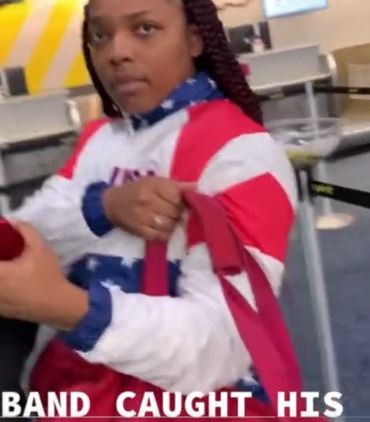 The moment a man caught his wife about to get into a flight with her lover has been shared online.

The wife had reportedly told her husband that she was travelling with her sister.

However, the husband caught her at the airport with a man and told her that was not the sister she claimed she was travelling with.

When confronted, the wife initially lied and said the guy with her is her brother. But her husband didn't buy it.

She later opened up and said that she has been speaking with the man for about three months.

She then blamed her husband and told him he hasn't been giving her attention which is why she is seeing another man.

The other man didn't appreciate having the camera on his face so he used his hand to cover the camera at one point.

Man catches his wife cheating / catching a flight with another man during the holidays after she said she was traveling with her sister 👀💔pic.twitter.com/lcVAcgtZjv