Military Government Was More Sympathetic To Plight of Lecturers - ASUU


According to Osodeke, there is need to reposition and expand the education tax net to bring about more resources for tertiary education institutions. 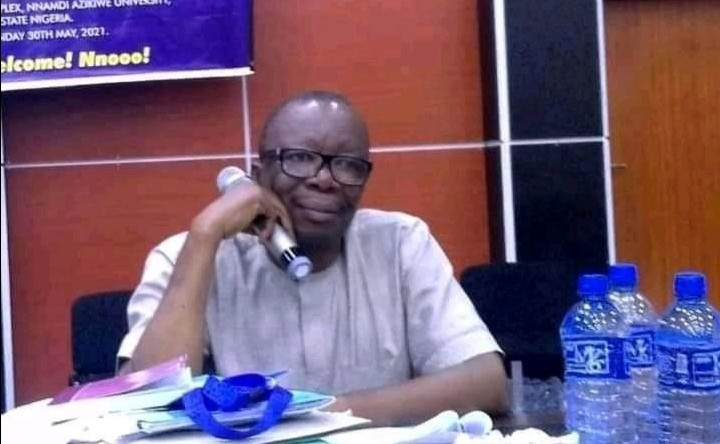 President of Academic Staff Union of Universities (ASUU), Prof Emmanuel Osodeke has reacted to the refusal of the federal government to fulfil its demands.
According to Osodeke, past governments, including the military were more sympathetic to the plight of lecturers.
Speaking at the unveiling of 50 tertiary textbooks published by Nigerian authors under the sponsorship of the Tertiary Education Trust Fund (TETFund) in Abuja on Thursday, January 5, Osodeke shared some of their experiences under military governments.
He said;
““Thank you very much for this honourable minister and all of us who are present here today. I want to thank my colleagues for raising the issues and I think it is very important. I will just say a little thing about what is TETFUND and how did it originate?
“In 1992, the union was on strike and negotiating; how we used to do then few years ago with Obafemi and co, and when we finished, the government said how can we fund it and we said challenge us, we will tell you how to fund this agreement. And they challenged ASUU, it didn’t take three days and we came up with this idea of TETFUND, which was accepted by government, then military.
"I have seen that the military are even more sympathetic. Then TETFUND came into place. The decree was signed 1993. ASUU had to go on strike the third time to ensure that TETFUND board is funded and the money was released.”
Commenting on the ‘no work no pay’ policy of the Federal Government against striking lecturers which has resulted in eight months of unpaid salaries, Osodeke appealed to Nigerians to pressurize the government to save tertiary education from collapse.
The ASUU President who called for an increase of education tax from the current 2.5percent to 10 percent to enable TETFund mobilise more funds to totally address challenges confronting the sector, also decried the poor attitude of some big companies and wealthy Nigerians on the payment of education tax.
According to Osodeke, there is need to reposition and expand the education tax net to bring about more resources for tertiary education institutions.
Top Stories