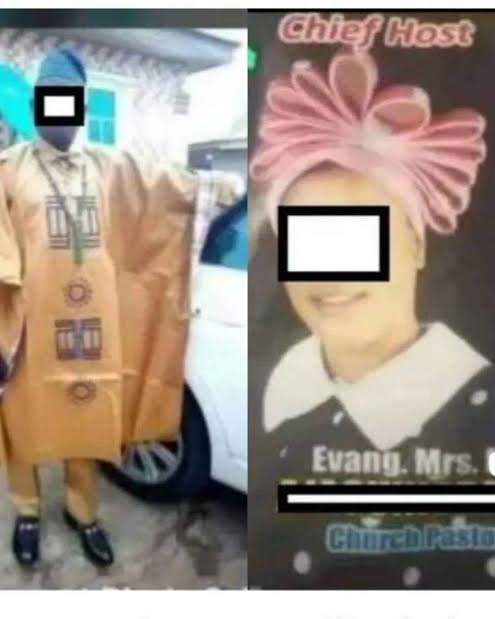 Fresh revelations have emerged over the mysterious death of a popular native doctor in Ikere-Ekiti, headquarters of Ikere Local Government Area of Ekiti State.
According to Vanguard, the late native doctor identified as Kehinde Fadayomi was popular in the community and was popularly called Ejiogbe.
He died during a s3x romp with the wife of a Pastor, Evangelist Rita Ajagunigbala in a hotel located on the outskirts of the community.
When Vanguard visited the family house of the deceased on Monday, the atmosphere was tensed and charged as sources close to the family said the body of the deceased has been retrieved and buried, two days after the unfortunate incident.
Vanguard gathered that there is a likelihood of settlement of the case as there has been pressure on the family of the deceased not to press charges.
A 47-year-old woman who claimed to be a member of the white garment church owned by the deceased’s lover and her husband, who spoke on condition of anonymity, said the late native doctor had been in a relationship with the wife of the founder of the church for some time.
Sources in the hotel revealed that the love birds usually meet in the hotel for their s3xual escapades.
On the fateful day of the incident, it was gathered that the native doctor had lodged for several hours as the woman was reluctant to meet him.
According to sources within the hotel, after several hours with the woman, the native doctor was said to have slumped as she ran out of the room half-n3ked, crying for help, having made efforts to revive him.
The sources at the hotel further revealed that at the time they rushed into the room, his male organ was still standing erect, despite his unconsciousness, which further fuelled the speculations that he took s3x-enhancement drugs.
The sources said: “As at the time we rushed to the room to offer help and resuscitate the deceased, his male organ was standing erect, despite his unconscious state.
“We were all afraid because this type of situation has never happened in this hotel; we were wondering what could have happened, the two of them were lovey-dovey when they were entering the room, now this.”
He was said to have been rushed to a private hospital located a few meters from the hotel, where he was later confirmed dead by the doctors.
The woman, identified as Evangelist Rita Ajagunigbala, was said to have been attending the husband’s white garment church for a while and people have been wondering who may have laced her with the deadly and lethal substance, which may have caused the death of her secret lover.
According to the family source who craved anonymity, “Rita and her husband co-founded the church and later rift developed between them, which made them to drift apart and she stopped coming to the church.”
Similarly, a community leader in the area, who spoke on condition of anonymity, disclosed that the elites in the area are at a loss on why the practice of lacing women with a thunderbolt (magun) persists in modern society.
“If it is true that he died of magun, how can one explain it that in the 21st Century, some people still practise such barbaric act in a metropolitan town like Ikere, this, really baffles me.”
In the same vein, a community leader in Odo-Osun, Ikere-Ekiti, Chief Ajayi Olanusi, said the community was thrown into mourning following the death of the late traditionalist.
He explained that the matter would have resulted in a riot but was later put down by a detachment of Police officers from the Divisional Police Station in the town.
It was learned that the church was attacked and vandalised by some angry youths in the area.
There are, however, speculations in some quarters that the deceased, having been buried by the relative, might stall the investigations by the Police on the real cause of his death.
Beyond the issue of the magun, there are also speculations that the man might have taken an aphrodisiac or s3x-enhancement substance which may have resulted in cardiac arrest, leading to his demise.
When contacted on the latest development, the Police Public Relations Officer, PPRO, Ekiti State Command, DSP Sunday Abutu, said an investigation is ongoing adding that the command will issue a statement on the matter.
Top Stories