He berated the authorities of the Nigeria Railway Corporation who he said had failed to provide adequate security at the various train stations after the Kaduna incident. 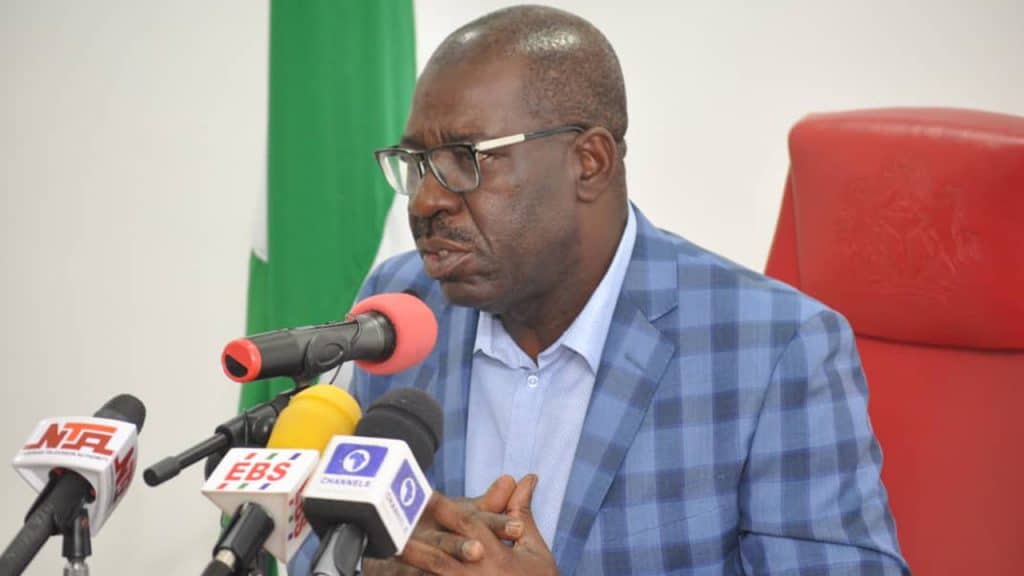 Godwin Obaseki, the Governor of Edo State has said 12 of the 14 remaining victims of the Igueben train station kidnapping incident have been rescued.

They were rescued by a combined team of security operatives.

Addressing journalists in Benin shortly after visiting the rescued victims at the Police Cottage Hospital where they had been taken for tests and rehabilitation, he hailed the combined security team in the state, hunters and members of the Edo State Security Network for the success recorded

Obaseki said the victims were rescued on Friday when the security team tracked and intercepted the kidnappers in their hideout, adding that security operatives were tactful in their approach to ensure that no life was lost in the operation.

He berated the authorities of the Nigeria Railway Corporation who he said had failed to provide adequate security at the various train stations after the Kaduna incident.

The governor further blamed the traditional rulers in the area for flouting the government’s decision to ensure that grazing opportunities were not given to herders in their forests.

“I have instructed that the matter should be investigated and anyone found to be harbouring people they should not harbour in their domain would have questions to answer. We don’t have this incident in communities that have cooperated with us on the directive,” he said.

On his part, the state Commissioner of Police, Muhammed Dankwara, said the 12 rescued victims brought the figure to 18; the total number of victims so far rescued, adding that some people who were part of the kidnapping gang had been arrested.