Bakare had advised Nigerians to shun those promoting ‘emilokan’, a term associated with Tinubu and which means “my turn” in Yoruba. 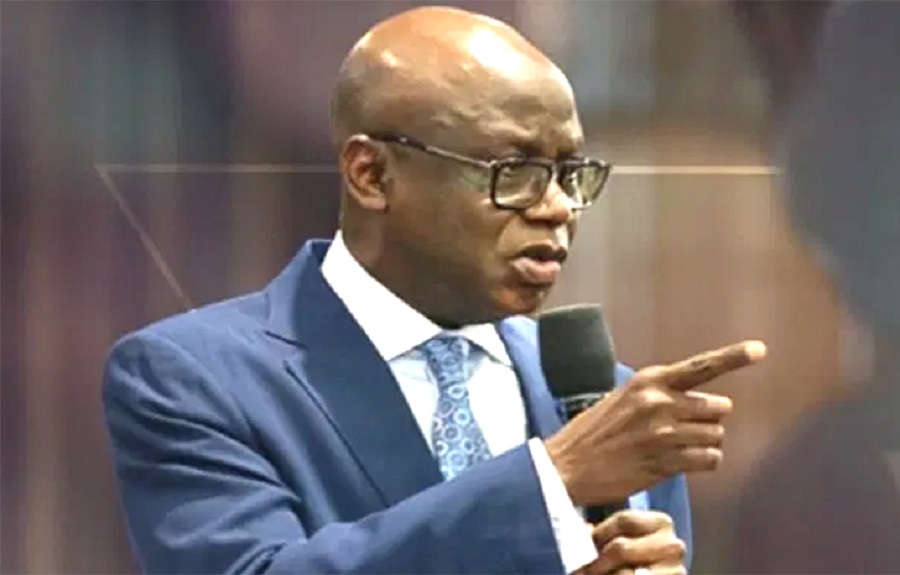 The Serving Overseer of the Citadel Global Community Church, Pastor Tunde Bakare has fired back at spokespersons of Bola Tinubu, the presidential candidate of the All Progressives Congress after he expressed disappointment with the 'emi lokan' slang of the party.
Speaking on Tuesday, Bakare told those against his state-of-the-nation address on Sunday that he scored zero in the ruling All Progressives Congress, APC primary with true identity, original credentials.
He said, “Can someone tell these people that scoring zero in a primary election with one’s true identity and integrity intact as well having original credentials from well-known schools:
“Primary, Secondary, colleges and University within and outside of this nation is a veritable badge of honor, absolutely legit and unquestionable? Please tell them that in the words of Michel De Montaigne.”
Bakare had advised Nigerians to shun those promoting ‘emilokan’, a term associated with Tinubu and which means “my turn” in Yoruba.
He added that no good politician seeking the votes of the people would evade public debates and also task his team members with the task of answering questions specifically directed at him.
But in a swift reaction, the Presidential Campaign Council PCC of the All Progressives Congress, APC, had described Bakare as a political paperweight whose utterances should not be given serious thought.
“Bakare got zero votes at the convention”, said Chief Femi Fani-Kayode, Director, Special Media Projects/New Media at the PCC.
Also reacting, the Special Adviser, Media, Communications and Public Affairs at the PCC, Mr Dele Alake said the cleric is a political neophyte.
Responding to critics, Bakare said, “Why are they then giving any thought to what I said? May be their alleged “paper weight” is too heavy for them to carry.
“There are some defeats more triumphant than victories.” One of the Special Advisers that I thought had some semblance of nobility had to utter outright lies and falsehoods to satisfy his paymaster. He said that I did a video asking members of our church to vote for their candidate and then turn around to ask them not to vote for him.
“Unfortunately, there is no such video containing such falsehood. The abridged video these people are sending around is from a message preached here (Citadel Global Community Church) in 2020 with the title: “An idle man’s brain is the devil’s workshop.” I made it clear in the video that I did not endorse their candidate’s lifestyle, business or type of politics.
“In the said video, I never asked our members to vote or not vote for their candidate or any other candidate. By the way, our members are not zombies. They, by the grace of God, have their own minds and will decide who to vote for on Election Day. As for those whose stock in trade is lying against others and fabricating stories that are not true about them, our strong consolation is that their DNA and the final destination are spelt out in the Bible. See Psalm 58:3-8. “The wicked are estranged from the womb; they go astray as soon as they are born, speaking lies…”
“Rest assured, I will take the vicious attacks of these political merchants in my stride, because I know that according to Voltaire: “Many are destined to reason wrongly, others not to reason at all and some to persecute those who do reason.”
Top Stories