Tinubu Told Me He Has Not Plan For The North When We Met In London - Najaatu, Former APC Campaign Director


Najaatu spoke while giving details of her conversation with the APC presidential candidate, Asiwaju Bola Ahmed Tinubu, in London 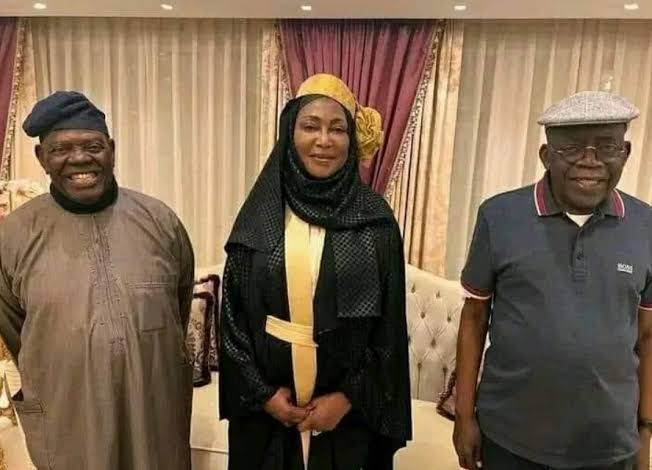 A former member of the All Progressives Congress (APC) Presidential Campaign Council, Hajia Najaatu Mohammed, has revealed what transpired when she met the APC presidential candidate, Asiwaju Bola Ahmed Tinubu, in London, United Kingdom.
The former APC campaign director who has now decamped and joined the Peoples Democratic Party stated that she was not satisfied with what Tinubu told her about his plan for the North in London.
Naja’atu said: “I went to London the next day to see Aswaju on his invitation because he called me that night to say ‘Naja, I appreciate your stand that you rejected the appointment.’ I said, ‘yes sir’. Because I can’t be a zombie at this point in time. I have to know what you have for us. Then, he said if I could come to London, and I took a flight the next day and went to see him in London and we sat down for two hours.
“The first question I asked him was what he has for us up North. He told me point-blank that he didn’t have anything. I asked him, I said, ‘Sir, you mean you don’t have a blueprint?’ He said, ‘No! I cannot have a blueprint until I win the election’. I said, ‘Sir, if we wait for you to win the election, there will be a lot of distraction, you have to have a blueprint. You have to be able to tell us what you intend to do.’
“I said we have so many problems: aren’t you aware of the insecurity? Aren’t you aware of the out-of-school kids? Aren’t you aware of the hunger? That people cannot go to the farms? He said, ‘Look Naja, if you can, please, write out what you want so that I can put it in my manifesto’. I was angry, but I remained patient. I left him, stayed back in London and mobilised our people, and we came out with some demands, so to say.”
Naja’atu, who has met and endorsed the Peoples Democratic Party presidential candidate, Atiku Abubakar, said she had been refused access to Tinubu to present him with the document he asked her to create.
“To date, they have refused to let me see Asiwaju and give him the document. I did everything possible, I haven’t seen Asiwaju. I haven’t sat with Asiwaju since then. They didn’t allow me to see him. The man is caged,” she said.
Top Stories