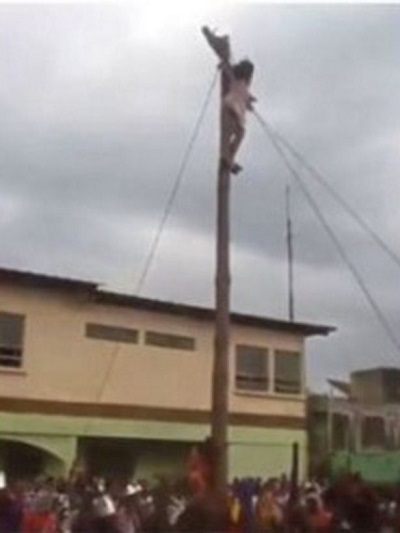 This video shows the terrifying moment an actor playing Jesus fell off the cross during Easter celebrations .
The man plunged around 10 metres from the top of the wooden structure after it was tilted to one side by those carrying it.
Almost immediately, the actor teeters on the cross before falling through mid air.
He attempts to grab hold of one of the ropes as he falls, but is unsuccessful. 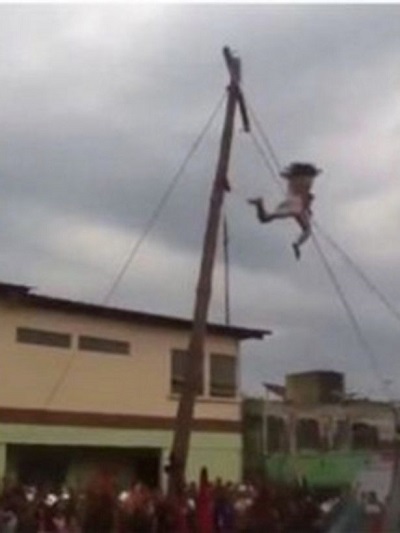 'Jesus' falls off the cross
In the clip, the crowd is heard screaming in horror as they watch the man tumble to the floor.
Several onlookers rush over to his location to help after he hits the ground.
It is believed that the incident took place during the Passion of the Christ celebrations in Guatemala over the weekend, although the exact location is unknown.
It is not clear whether the man was injured as a result of his fall, according to 24 Horas News.
The video quickly went viral after being shared on social media, with people nicknaming the man "The Batman Christ".
Watch the video below:
Top Stories