The Oluwo, His Jacket & Jeans: Meet the Young Osun King with Swag (Photos)


This is one Yoruba King that sure has a lot of swag as it reflects in his choice of words, eye contact, fashion and total comportment. Meet the young Osun King! 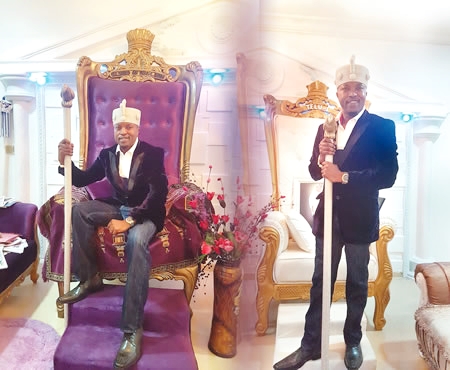 Oba Abdul Rasheed Adewale Akanbi
Though deep in Yoruba history and those of other nations, his word, action and dressing style naturally stand him out as a unique king determined to make important statement in cultural harmony.
His local accent in a meeting with his traditional chiefs and subjects is a sharp contrast to his long sojourn in Canada. He speaks as if he never ever stepped out of his hometown.
In this interview with the Oluwo of Iwo, Oba Abdul Rasheed Adewale Akanbi (Telu I), who ascended to the throne in November 16, 2015 and was coronated two months after on January 16, 2016 following a path severally described as manifestation of destiny, has spoken on sundry issues. 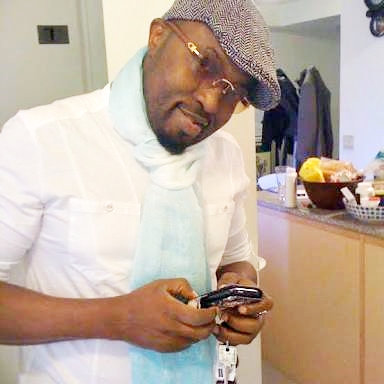 Below are excerpts from the chat;
Between January 16 when you received your staff of office and now, what has the experience been?
It has been beautiful and I am extremely happy. We are moving forward.  I am a working Oba. I think everyday on how to better the lots of my people. We started from the Palace and built a befitting Palace that my sons and daughters are proud of. You can see how beautiful the palace is now. But I cannot be in a palace like this and my people remain poor. So we move to health care need of my people. When my people are free from sickness, they have strength to carry on their daily jobs. Then we went for food. We have food and clothing bank for them. When you put these together, health, food and cloth you have happy and motivated people. You can see the hope in them. You can see the enthusiasm in them. I have a dream and I am happy the dream is coming to a reality gradually. Already, the National Open University (Study Centre) project has been completed. We are only waiting for the federal government to inspect the place. It has been equipped with computer, library and other equipment needed to operate. There is a revolution going on in Iwoland and I am very happy my people are taking note of it. They are appreciating the passion with which I mounted the throne when I was on the streets personally filling pot holes on the roads. Some were mocking while majority were sharing my vision. 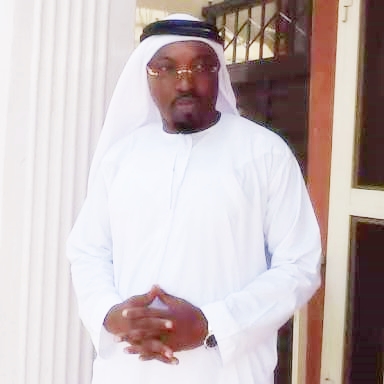 It is believed in some quarters that an Oba must be seen in certain attires. Is an Oba actually restricted to wear certain dresses?
If you are not wearing rags, you are okay. What you wear as a traditional ruler depends on what statement you want to make. I don’t wear anything without making a statement. When I put on something, people should not rush to judgment but ask questions the way I ask questions on what is not clear to me. You see me in jalabia but you don’t ask me question. Is jalabia our dress? But when you see me in English dress, you make an issue out of it. If our forefathers had the opportunity to wear suit, they would wear it. If, as a traditional ruler, who cares for development, you are invited to the United States during winter, the weather will force you to wear jacket. Is that jacket from here?
Do you think it is right to call yourself an emperor?
Does government give anyone ‘his royal highness’ or ‘his imperial majesty’? No! Everybody picks what suits his dream. Emperor tallies with my dream and vision for Iwoland because I have a picture of an empire. The history of this town has not been told and I am telling it. I will continue to emphasise it that Iwoland is a special town of authority coming into existence since 10th century. 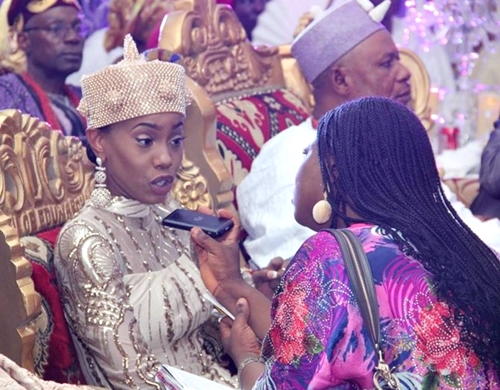 The king's wife being interviewed at an event
Is there any difference between the Oba of today and that of the past?
There is more information today. We tend to have more knowledge about other environment. Many Obas have come and some are not popular at all. It depends on your reign. If I am going to spend one day, I want it to be exceptional; that history will always talk about me. If it is 100 years, it must be beautiful and exceptional years of achievement. My era will sell Iwo to the world beyond your imagination. This is my vision and it is already playing out. I have a huge responsibility. I have set a high standard for myself and God willing I won’t disappoint in delivering the job because my people need transformation that will match their status as Iwoland.  We are building an empire that is going to be famous not only in Osun State or Nigeria but also in the whole world. They will know that there is Iwo. They will know the rich history we have here. They will know how important we are. They will know we have a king. They will know we have an emperor.
Click here to read the full interview on The Tribune.
Top Stories