The leadership of the People's Democratic Party has attacked President Muhammadu Buhari over his release of the N700 billion saved in the Excess Crude Account. 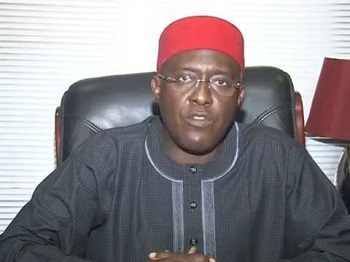 PDP's Publicity Secretary, Olisa Metuh
The Peoples Democratic Party (PDP) has criticized President Muhammadu Buhari over his release of over N700 billion from the Excess Crude Account which was saved by the ex President, Goodluck Jonathan administration.
The party claims the action contradicts Buhari's earlier rant that he met an empty treasury and that, much shouldn't be expect of him by the Nigerian masses.
This was contained in an official statement made by the party's Publicity Secretary, Olisa Metuh on Tuesday, 7th of July, 2015.
The statement also accuses Buhari of riding on the sweats of the past PDP's administration.
The funds according to the party, will therefore go a along way in improving the lives of state and local government workers across the country as some of them haven't received salaries for as long as 8 months.
Top Stories