Just In: The 18th Sultan of Sokoto, Ibrahim Dasuki Finally Laid to Rest Amid Tears (Photos)


The remains of the late Sultan Ibrahim Dasuki who died on Monday at the Nigeria-Turkish hospital, Abuja, after a protracted illness have been buried. 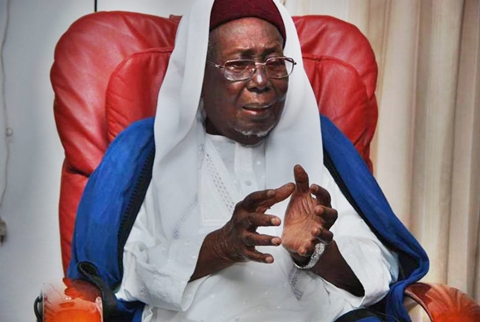 Late Sultan Dasuki
The remains of the the 18th Sultan of Sokoto, late Sultan Ibrahim Dasuki, who is the father of the embattled former National Security Adviser, Sambo Dasuki, has been laid to eternal rest.
According to photos making rounds online and multiple reports, the influential monarch who died on Monday at the Nigeria-Turkish hospital, Abuja, after a protracted illness, have been buried. 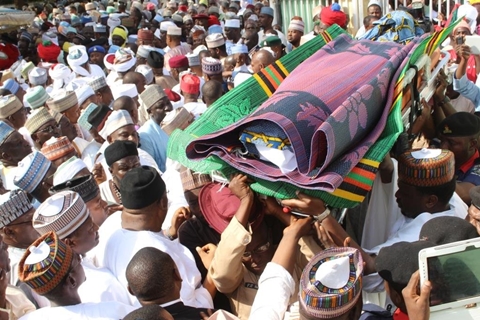 The sultan making his final journey
President Muhammadu Buhari, had on Tuesday, extended his condolences to the Dasuki family, the government and people of Sokoto State on the death of Dasuki.
According to a statement by his Senior Special Assistant on Media and Publicity, Garba Shehu, the President also commiserated with the Jama’atul Nasril Islam and the Supreme Council of Islamic Affairs over the death of the traditional ruler. 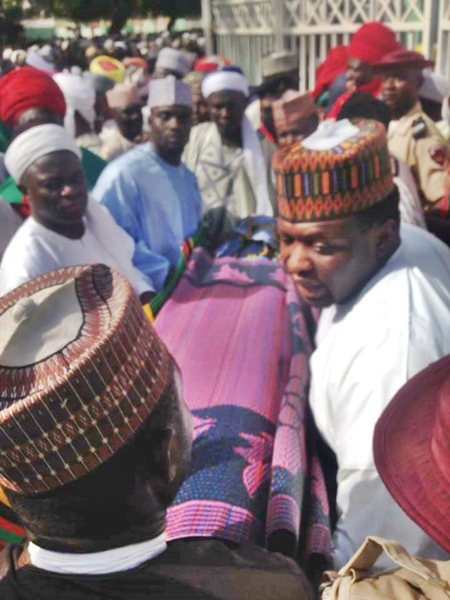 While noting that Dasuki devoted his life and tenure of office to the promotion of peaceful coexistence and tolerance among diverse ethnic groups in Nigeria, Buhari described the deceased as one of Nigeria’s most powerful voices for peace and unity in diversity, who diligently kept faith with the virtues of the Sardauna whom he had served as a public servant.
The statement read partly, “Apart from modernising the traditional institution to bring it in tune with changing times, President Buhari believes that the late Ibrahim Dasuki, who died on Monday at the age of 93, will be long remembered for his role in the creation of the present local government system in the country. 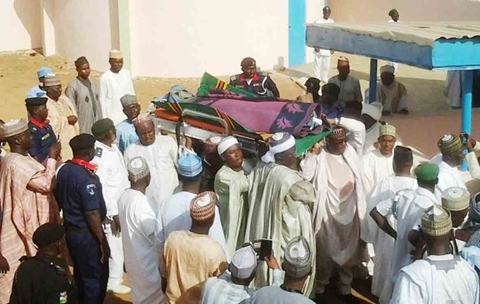 “The President pays tribute to his contribution to national peace and development, particularly his significant role in producing the report that gave birth to the current local government councils.”
Late Dasuki, 92, was the Sultan of Sokoto between November 6, 1988 and April 20, 1996, from the Buhari line of the house of Dan Fodio. 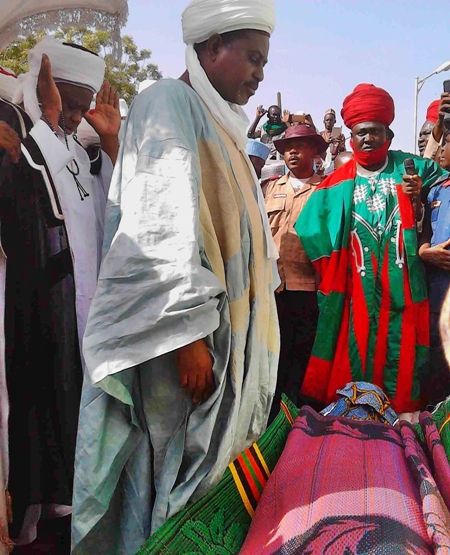 A close associate of Ahmadu Bello, who was influential in the founding of Jama’atu Nasril Islam, he was deposed in 1996 during the military government of late Gen. Sani Abacha.
Top Stories