The Story of Shina Rambo: The Most Notorious Armed Robber Who Sent Shivers Down the Spine of Nigerians (Photos)


This is the story of Shina Rambo - a notorious armed robber who murdered, stole and committed all sorts of vile crimes before becoming a man of God. 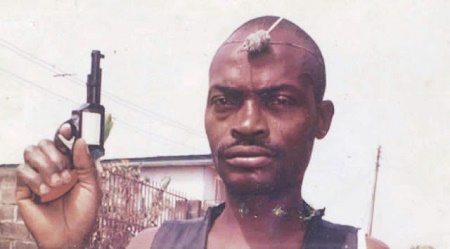 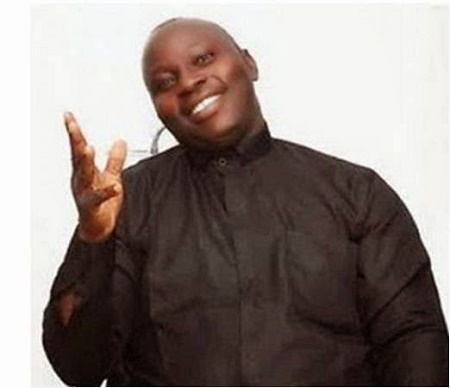 Shina Rambo is now a pastor after accepting Christ
He once robbed 40 exotic cars in one day and drove all of them in a convoy, from Lagos to Cotonou, unstopped. He was powerful; he was wealthy, and impenetrable. He was a tin god, apparently belched from the very arroyo hell, we all dreaded him. He had a wife and three children, but he lost all of them in one day during a bloody police raid whilst he was away on operation. His wife was his stabilizing factor his life changed afterwards.
He says “my wife was everything to me, I was forbidden by the elders to sleep with any other woman apart from her. I could gather about 50 women around me in a hotel, and they will just be playing with me. We would smoke, drink, and sniff cocaine, I will give them money but I will never sleep with them. I will go back home to my wife and sleep with her. That was why the police never caught me. She knew my job, she knew what I was and I never left them alone at night, I operated in the day time and go back home to my family at night.
"I had everything, I was very wealthy, I sometimes spent 50 million naira in a day, I did that a lot. There was one day that we were coming from an operation and it seemed as if my powers were going to fail me, the police and the army were almost closing in on us, so we had to drive into a crowd and threw millions of naira in the air, there was commotion, everybody was busy picking naira notes even the police, until we escaped.
"I was too rich, but anything the devil gives you never lasts, he will collect more from you, it’s only the devil that will give you Fila, (cap) and ask for Iro and Buba (wrapper and top). I lost everything, all the money, my family; I was so powerful the police couldn’t catch me but I lost it all. I had to surrender myself to the police and I was arrested and jailed for 11 years.
"While I was serving my jail term in Agodi prisons, Ibadan, Prophet T.O Obadare came visiting, and having been encouraged several times by the Christian brothers and sisters in the prison to give my life to Christ, he prayed for me and converted me, and changed my name to Oluwanifemi, and it was so miraculous, the next day I woke up and started speaking in tongues. It was during the time of President Olusegun Obasanjo, that we were granted freedom.
"At this point, I was glued to my seat, the revival where Shina Rambo gave this exclusive confession was on an open ground revival in the ancient city of Ibadan. Right in front of me, on stage, was Evangelist Mathew Oluwanifemi, the once feared Shina Rambo, clad in a loose fitting shirt, black pants and a pair of leather sandals with a black Holy Bible in his hands, gigantic dark skinned and bald headed, still had those fiery looks, and stealth movement.
"I was more transfixed than focused, God is indeed awesome, he picked the offering basket raised it to the congregation prayed and asked who had anything.
"To give to God, at first I was reluctant, my mind was occupied and out of an innate compulsion, sheer curiosity I stood up, dipped my hand in my pocket walked towards him briskly and calculatedly brought out my offering, dropped it into the basket, and looked deep into his eyes, I had too many things to ask him, there were too many questions unanswered. He looked back at me, and spoke in Yoruba, saying 'God bless you my brother; we know your type when we see them.
"The congregation broke into a mild giggle, as all eyes were on me as I went back to my seat, with a lot of things on my mind, and the red light on my midget still blinking, in the breast pocket of my jacket," Rambo narrated.
God is indeed wonderful. He has sent many people to their early grave without repentant of their sins. They will go to hell and him having given his life to Christ will go to heaven when he dies.
Top Stories