This heartbreaking story of a Nigerian woman who was r*ped at 17 and made to marry her r*pist who put her through all manner of ills will leave you crying. 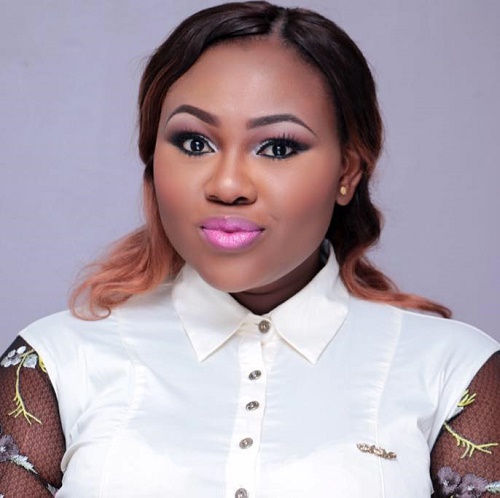 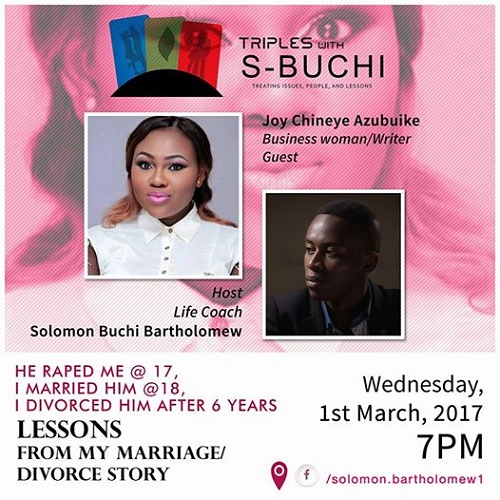 You placed her salary and give me nothing yet I don't complain. Please tell me where I've gone wrong let me correct myself. Please. I was in pool of my own tears. He looked at me and said he was sorry that he didn't know what came over him. I wore sunshade for five days and used eye drop for two weeks.
Finally, to end this long story, I noticed my palms was yellow. Fingers yellow. I was weak. I still managed to go to the market to get stew things when I lost consciousness. I ran to a nearby hospital the moment I was strong, called my doctor at Ada George explained what was wrong, he asked me to give the phone to the lab doctor and asked him to run general test. I went home and he started shouting that why did I delay? Why did I waste time? Don't I know he's going out? I apologised and told him what happened and said, I was charged 18.000 for the test. He said for what, do you see why I said you're stupid? Sense you no get. Since we got married have you seen me do test reach this amount? He said I know say you don get belle na the only thing you sabi, he brought out 2500 and threw at me. I chuckled and cried and told him not to worry. 3days later in my weak state I went to the hospital with the result and my doctor said I had high bp, 230/110, malaria 3+. Typhoid was 320:160 all I know the typhoid had red writings everywhere. I had jaundice of the kidney abi liver. I had migraine, depression, and severe heart palpitations. The doctor said, please tell me how you're alive.
This is a result of a dead person. You're not going home, am sorry we ave to place you on emergency treatment. I called him and told him, he said no problem come home and carry your children to stay with you there. I just hung up on him. I called his mother and told her same thing she said and I quote, "Dr. Kumuyi come PH for easter program I no fit leave here oh. I said who will help me nurse the children? She said don't you have a nanny? I said she's a small girl who needs adult supervision. She said she will pray for me but she can't leave. I ended up calling my neighbour who agreed to take care of things because my husband resumed work that evening.
I laid on the bed, thinking, Joy what sort of life is this? You have given your life for this man, no appreciation , no love. You sacrificed your academics because of him, treated different STDs, what about the beatings, you were raped, abused, treated like a slave? What if you die? Who will take care of your kids? Is this how you will continue? Tell yourself the truth, stop blaming the devil. It is not spiritual. You've prayed. You've fasted. You've sown seed, you've gone to different prayer house yet what happened? Say the truth, you married a wrong man. He's a mistake. He's not your man. God didn't destine your life like this. I was crying and talking to myself until I woke up and was told that I passed out for four days. I recovered, went home and guess who I saw? My mother.
The doctor called her that if you don't want your child dead come and carry her. She took the next flight to PH. She's been with the twins. I got home and cried. I left, went to ATM, withdrew 200k from different account, came home parked his cars well. Covered it with trampoline. Packed my things, told the nanny to pack her things and the kids things, I arranged his house well. The following day, we drove to the airport, paid all necessary bills, flew to Lagos and that was the end. I ended my misery. Since March 2014 his mother has never called me. He has never heard from the kids because he refused to call. I managed to finish my school but graduated with 2.2 at least e better pass say I no finish.
We were even building out 7room bungalow before I left. After that bash I had with his car, he got a jeep. I left him for good and ran for my life. I told my father all these and more I wrote here, we were in his study for 19hours. He cried. He really cried. He called the lawyer and the rest is history. It hasn't been an easy road especially with society and their rude talks. I found out I loved writing and I started with Facebook. I have also been insulted and called names on faced but I forgive them because they know nothing.
This is me. My story. My lessons. My victory. Like I said, do not pity me. I am healing, still healing. I also learnt to call myself a widow because its better than being a wife to such a monster.
This is me. Joy survived. You can also survive. 6 years of torture and I ended it with a single step."
Top Stories