A parent whose child was kidnapped by Boko Haram terrorists has revealed why they stoned the Governor of the state, Ibrahim Gaidam. 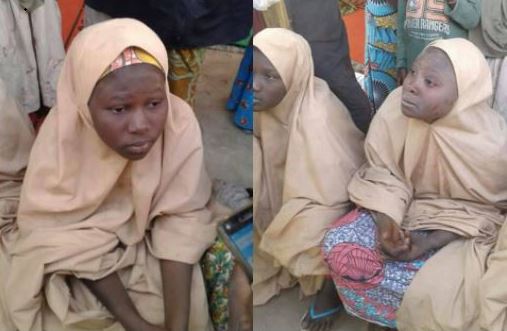 Released Dapchi schoolgirls
After a year two senior student of the Government Girls Science Technical College, Dapchi vowed not to return to the school following the abduction incident by Boko Haram terrorist, a parent of one of the abducted girls has revealed why the Yobe State Governor Ibrahim Gaidam was stoned.
The parent revealed this while speaking with The MD/Editor-In-Chief of The Interview, Mr. Azu Ishiekwene. AbdullahiKawi, father of kidnapped JSS2 student, Aisha, said the most traumatic part of the kidnap saga was the misinformation given the parents by Yobe State governor, Ibrahim Gaidam.
The father of five – one boy and four girls – said:  “People like me stoned the governor’s convoy because he lied to us when he knew how terrible we were feeling. I’ll never regret stoning him.”
Also speaking, Manzo, chairman of the abducted girls’ parents said he felt something bad was going to happen to his child. “I felt somehow throughout the day. I knew something bad was going to happen to me. But I prayed to God to protect me from evil and other bad things,” he said.
As it turned out, her daughter, Fatima, was abducted as she went to fetch water to break her fast that evening.
After the return of the girls, the parents have been divided on whether or not they would return their children to the school, despite assurances by the government that the school was now safe.
Rakiya Adamu, SS2, who was among the lucky few that escaped on February 19, when dozens of her friends and schoolmates were kidnapped vowed not to return to the school,“I will not go back to Dapchi again.” she said.
Although Rakiya had a lucky escape when the terrorists struck, she shared her horrific experience in the current edition of The Interview magazine.
“We were in school waiting for the Magrib prayer when we started hearing gunshots. We started running with our teachers, looking for where to hide. We ran and ran and jumped the fence. We became tired and ran into a nearby village where we asked for help…,’’ she said.
Rakiya described how the terrorists arrived and entrapped them, saying “they wore army uniforms and were begging us to come. They said, ‘Come to us, we will help you!”
Top Stories