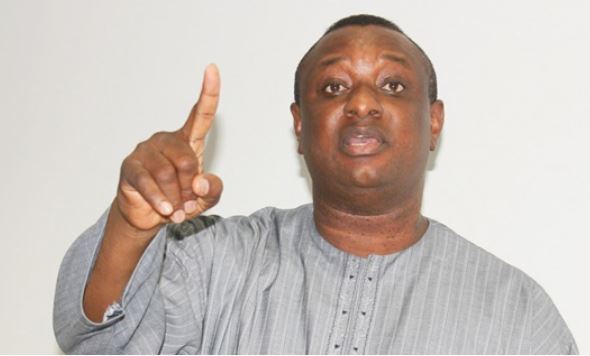 Mr Festus Keyamo
The spokesperson for the Buhari’s Presidential Campaign Organisation, Mr Festus Keyamo (SAN), said the allegation that President Muhammadu Buhari had suppressed internal democracy in the All Progressives Congress was a figment of the Peoples Democratic Party’s imagination.
He said unlike the PDP which printed only one presidential nomination form which was obtained by then President Goodluck Jonathan in 2015, the APC, ahead of the 2019 election, had printed many forms, adding that other APC presidential aspirants merely conceded to Buhari’s popularity and chose not to obtain forms.
He said the APC was not doomed, pointing out that rather, the PDP, which he said existed only on Twitter and Whatsapp, was the one winding up.
He said, “As of today, the PDP only exists on Twitter and Whatsapp. The APC is not doomed; rather, it is the PDP that is winding up.
“The solution to a problem cannot be to go back to the people who caused the problem.”
The spokesman for the PDP, Mr Kola Ologbondiyan, had on Thursday in a statement, said the emergence of President Buhari as the sole presidential candidate of the APC has indicated that the ruling party is “irredeemably doomed for a crushing defeat” in the 2019 presidential election.
Top Stories