The APC Governorship candidate in Lagos State, Sanwo-Olu might have difficulties ahead as opposition parties have denied endorsing him. 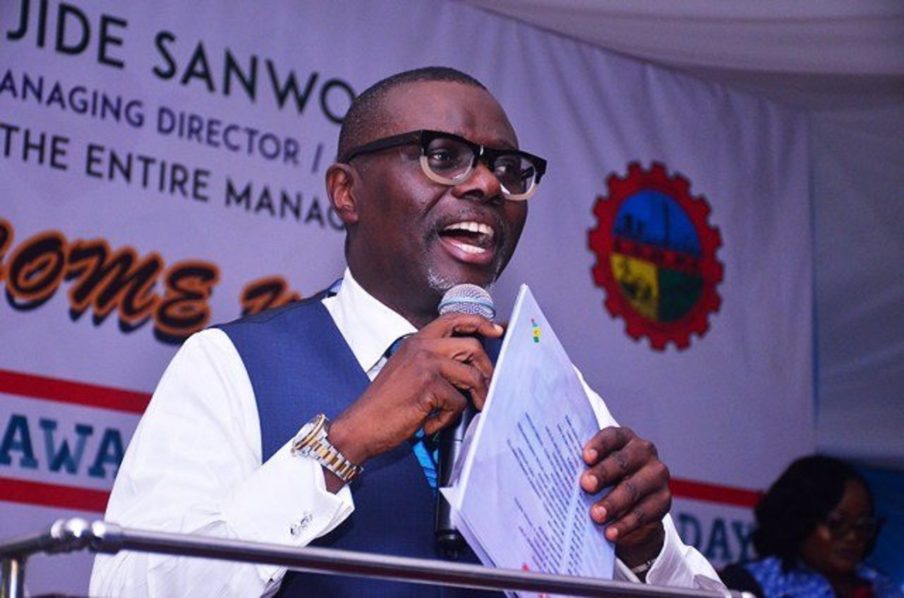 Babajide Sanwo-Olu
More opposition parties in Lagos on Friday denied involvement in the endorsement of the governorship candidate of the All Progressives Congress, Mr. Jide Sanwo-Olu, for 2019.
The News Agency of Nigeria reports that 45 opposition parties under the Coalition of the Progressive Peoples Party were reported to have endorsed Sanwo-Olu at a meeting on November 2.
According to the media reports, some of the listed parties in the endorsement of Sanwo-Olu include Progressives People’s Alliance, New Nigeria People’s Party, Kowa Party, Independent Democrats, Accord, Action Alliance, and People’s Redemption Party.
Also named were the Coalition for Change, Young Democratic Party, Action People’s Party, Youth Progressive Party and Better Nigeria Peoples Party and Peoples Democratic Movement.
KOWA and PPA have since denied involvement in the endorsement, saying they were wrongly listed.
At a news conference on Friday in Lagos, a group of other opposition parties, including Independent Democrat, Accord, C4C, AA and PDM also denied attending the endorsement meeting.
The state chairman of ID, Mr. Kolawole Sunday, who spoke on behalf of the group, said the inclusion of their parties in the endorsement was wrong.
He said all the chairmen of parties in the group were not a part of the deal, adding that those who claimed to have represented their parties at the endorsement ceremony were clear impostors.
Sunday described the endorsement as a charade, saying it was a propaganda ploy by the APC to project Sanwo-Olu as a popular candidate.
“We are referring to the news making the rounds suggesting that 45 political parties operating in the state have endorsed the candidature of Babajide Sanwo-Olu of APC as the consensus candidate of opposition parties.
“For the avoidance of doubt, we must also say that people have the right to take any decision they wish to take, as this is the fundamental right to be enjoyed by Nigerians as guaranteed in the constitution.
“What we find objectionable is the attempt to hoodwink unsuspecting members of the public with falsehood.
“A careful look at those who participated in the charade will reveal that the ruling party is desperate and looking for cheap popularity by embarking on propaganda with fake endorsement,” he said.
Sunday said that he got the news about the inclusion, pointing out that he was not part of the deal to endorse Sanwo-Olu.
The party chairman said the endorsement was not sanctioned by the party, saying whoever claimed to have represented his party in the deal was a fraud.
He urged members of the public to be wary of people impersonating leaders of the party for personal gains, “as ID is not factionalised.”
Also, speaking, the state chairman of Accord, Mr. Joseph Beckley, said Accord was not part of the arrangement because it was fielding a governorship candidate.
“We are not part of the endorsement. We were not at the meeting. It was all propaganda. We have a governorship candidate and we cannot leave our candidate for another party’s,” he said.
Beckley urged members of the public to disregard the news of the party’s involvement, saying Accord would not compromise its ideology for anything.
NAN reports that the state chairman of C4C, Mrs. Hawau Adenekan; chairman of AA, Mr. Daud Magaji; Mr. Akintola Bello of Nigeria Peoples Congress; and Mr. Kolawole Ajayi of Alliance for Democracy were present at the news conference.
The state chairmen of Democratic Alternative, Mr. Uduak Archibong; and Allied Peoples Movement, Dr. Ebere Imusehwere, among others, were also present.
(NAN)
Top Stories