Some notorious hoodlums have met their waterloo after engaging security operatives in a shootout. 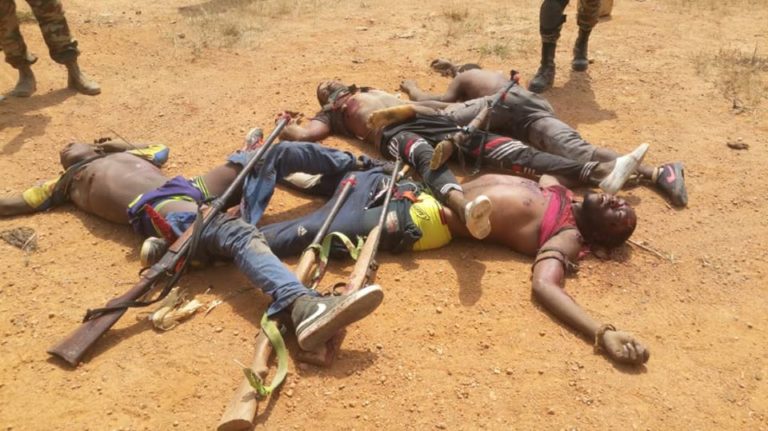 The suspected hoodlums
It is the end of the road for some suspected hoodlums after they were gunned down during a shootout with security operatives..
According to reports, the alleged gang members are said to belong to a separatists terrorist’ in Cameroon following a raid at their hideout few days back.
They were killed and their local weapons recovered by the task force.
This is coming days after two Nigerian gang members alleged to be leaders of Cameroonian separatists terrorists’ groups were killed by security operatives in Cameroon.
The notorious gang leaders identified as ‘General Obi’ and Ojong Elvis Ojong – were killed during a shootout in separate raids conducted by Cameroonian task force at their hideouts on Sunday, January 6, 2019.
Top Stories