A grammatically flawed query letter issued to a Toro Local Government Council staff has left many people laughing and rolling on the floor.

A Nigerian man has taken to social media to talk about the sad manner things are being handled in the country following revelation of contents of a leaked query letter issued by the Toro Local Government Council in Bauchi state and signed by Abdullahi Mohammed. 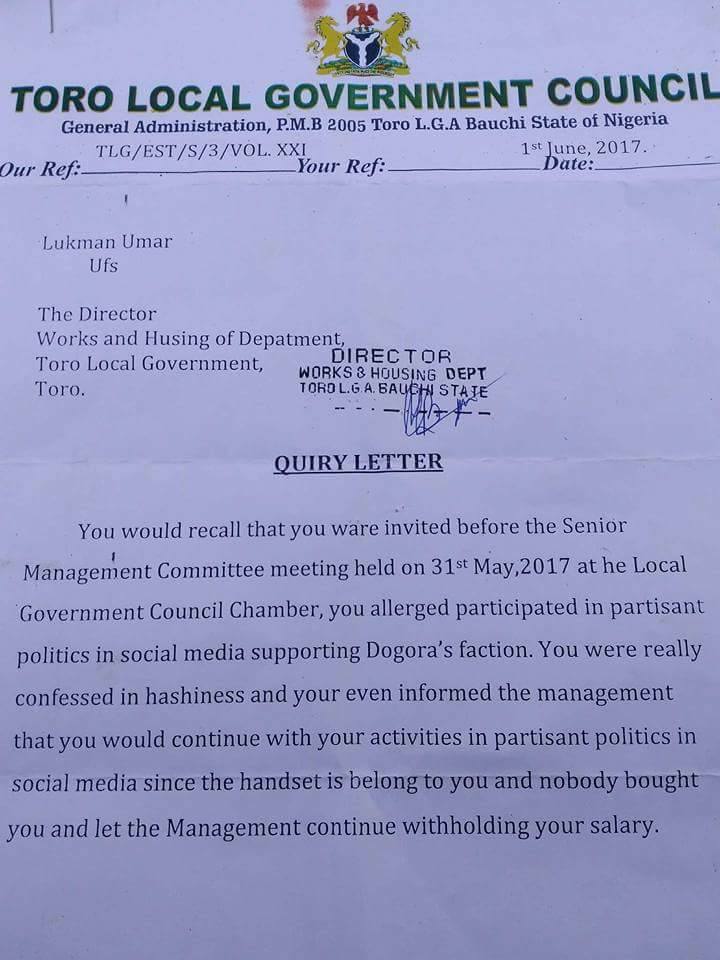 The hilarious query letter
The letter, riddled with grammatical and spelling errors shows the I-don't-care attitude of people in government and the caliber of people who work in government offices. 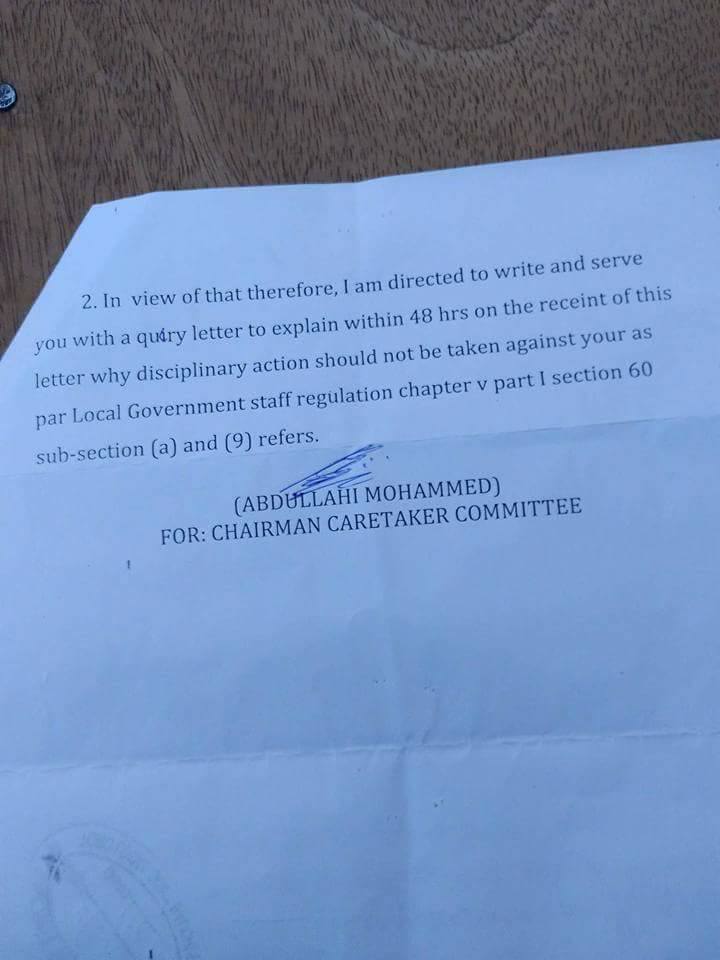 "Hahaha.... I can't believe this is an official memo!!!!" someone said.
However, many people have said that when you have people like this in government, nothing will work. 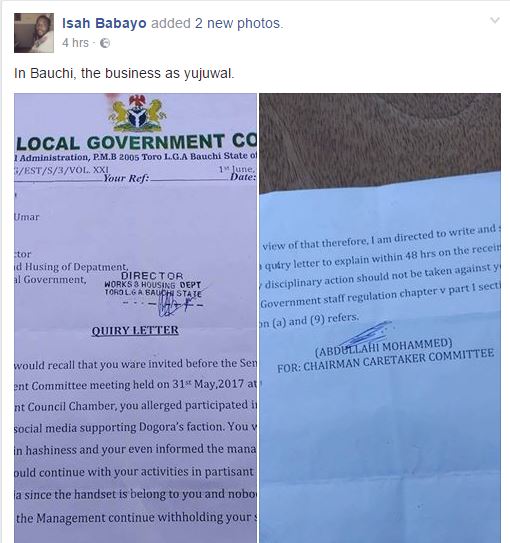