Many people have been left severely stunned after a sheep gave birth to a deformed lamb that looks like a human being. 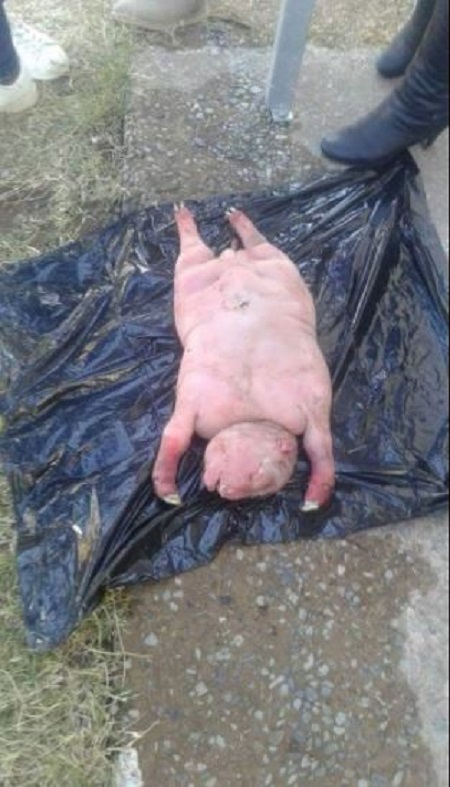 The lamb looked like a human being
These are the photos of a lamb that looks like a human being which have been making the rounds on social media.
At first the photos appeared to be a hoax, but the Eastern Cape Department of Rural Development and Agrarian Reform, South Africa confirmed that photos of the severely deformed lamb are no hoax.
According to Herald Live, it confirmed the authenticity of the pictures saying it was of a deformed stillborn lamb was born in the Lady Frere area.
Dr Lubabalo Mrwebi, the department’s Chief Director of Veterinary Services said it was not uncommon for pregnant animals to be infected by viruses early in their pregnancy. 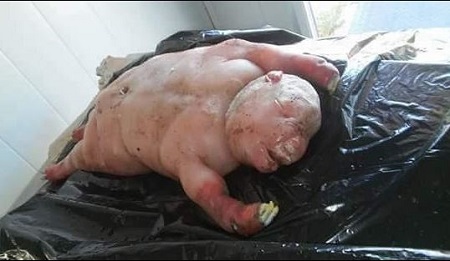 “We call on the local community not to panic over this deformed lamb. We can confirm that this deformed lamb is not a progeny of sheep ovum and a human sperm.
“Virus infections in early stages of pregnancy may infect the foetus and lead to the development of malformations in the growing foetus. It is likely that this is what happened to the Lady Frere sheep‚” Mrwebi said.
“The gestation period for a sheep is five months. This means that this particular sheep conceived in late December 2016 or early January 2017‚ which was warm with plentiful rainfall in the Chris Hani district‚ conditions which are favourable to the proliferation of mosquitoes and midges known to be the vectors of viruses that cause such diseases such as the Rift Valley Fever (RVF).” 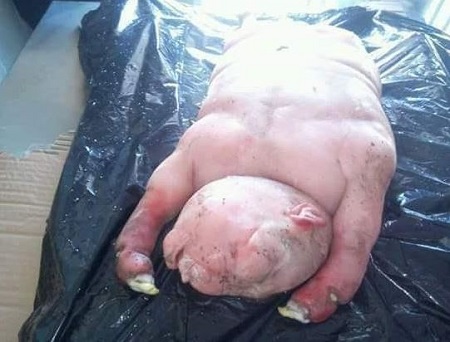 He said it was “fair to assume” the animal was infected by the RFV virus.
“The resultant circulation of the virus in the blood found its way through the maternal blood into the uterus and the foetus‚ which was at a very critical stage of development‚” Mrwebi said.
“The infected foetus then‚ as a result‚ failed to form properly‚ leading to the deformity that it became.”
The deformities include: – a deformed head due to abnormal accumulation of fluid in the brain cavity; – a smaller brain than normal; and – an underdeveloped lower jaw. 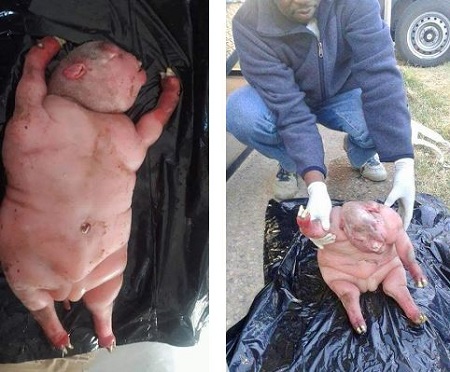 “The department’s veterinary officials will conduct a postmortem on this deformed lamb and its results will be communicated to the public by the department once complete‚” Mrwebi said.
“The lesson we are learning from this experience is that small stock farmers must keep their animals protected against diseases like the Rift Valley Fever with a correct vaccine‚ which is best given long before the mating season so that by the time the females get pregnant they are already protected against this disease.”
Mrwebi said the department’s officials were “enlightening” livestock farmers about the incident.
Source: Heraldlive
Top Stories