Following the recent emergence of many ponzi schemes in Nigeria, there have been debates on whether or not the schemes are worth investing in. This writer tells an imaginary tale to explain what ponzi schemes mean for investors in the long run. 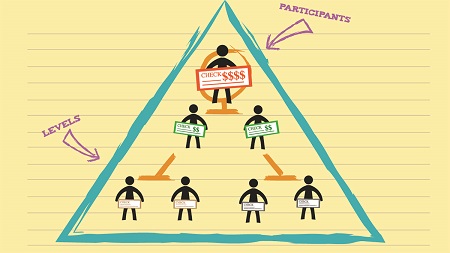 Once upon a time in a village in Africa, a man appeared and announced that he would buy monkeys for $100 each. The villagers seeing that there were so many monkeys around, went out to the forest and started catching them.
The man bought thousands at $100 and as supply started to diminish, the villagers stopped their efforts. He further announced that he would now buy at $200. This renewed the efforts of the villagers and they started catching monkeys again.
Soon the supply diminished and people started going back to their farms. The offer rate increased to $250 but the supply of monkeys became so little that it took much effort to even see a monkey, let alone catch one.
The man now announced that he would buy monkeys at $800! However, since he had to go to the city on some business trips, his assistant would now buy on his behalf.
In the absence of the man, his assistant told the villagers: ''Look at all these monkeys in the big cage that my BOSS has bought from you, I will sell them to you at $350 and when my 'OGA' returns from the city, you can sell it to him at $800''.
The villagers squeezed out all their HARD EARNED savings and bought all the monkeys from the assistant . The most greedy ones among them even sold their lands to purchase many MONKEYS, hoping to make a huge profit without labor.
Then...
They never saw the man or his assistant. Only monkeys everywhere!
Beware of many Ponzi schemes that promised you high return and they will collect your money give you some computer digit (they called it coins) and you will keep on waiting to sell them. You will be surprised they have no exchangers to take them from you, you will start hearing .... "Create your own market!" My friend, You have bought a monkey!
Top Stories