How Attackers Burned Down 7 Vehicles, Pulled Down The Wall At Kuje Prison


Think you know all about African traditions? Here are some strange traditions in Africa. 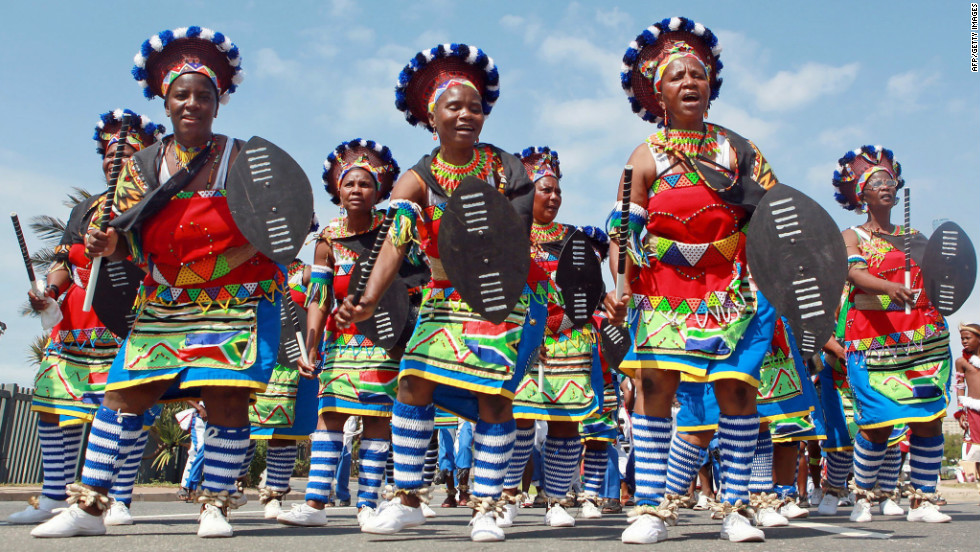 Some of these strange customs still exist many years after civilization. These ethnic communities practice certain traditions that will shock you. 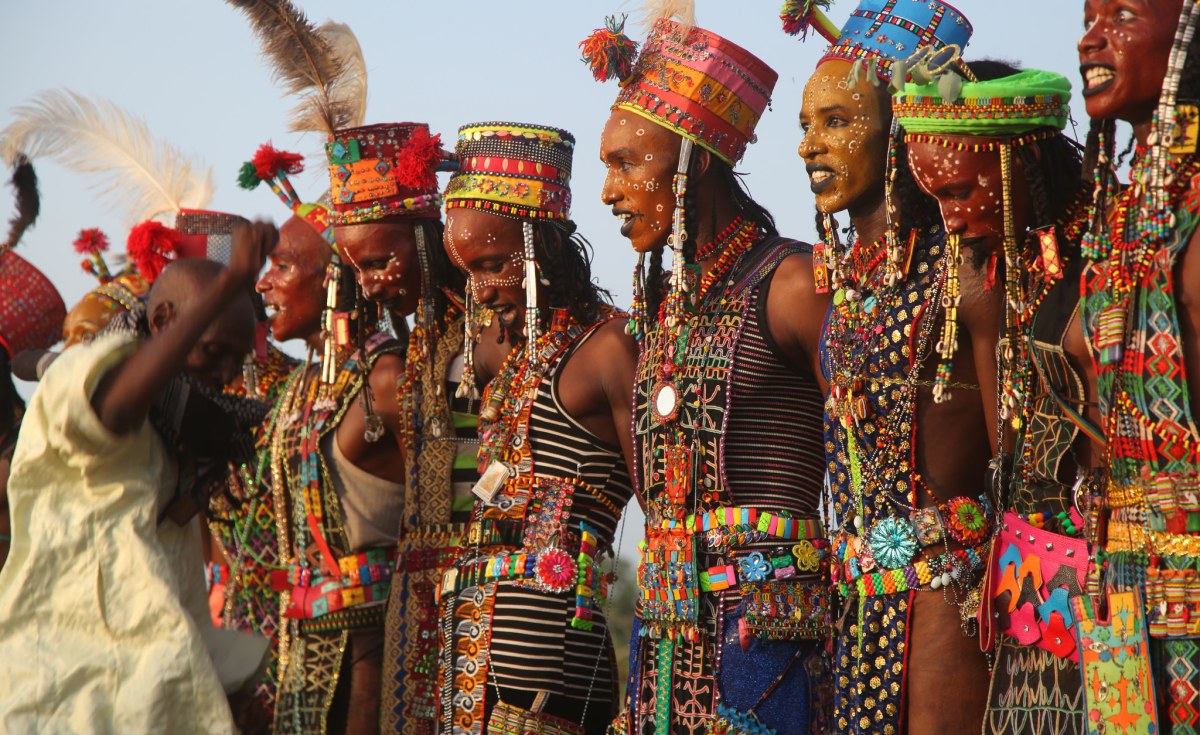 In the Wodaabe tribe of Niger in West Africa, men are known to steal each other's wives. The Wodaabe's first marriage is arranged by their parents in infancy and must be between cousins of the same lineage. However, at the yearly Gerewol Festival, Wodaabe men wear elaborate makeup and costumes and dance to impress the women – and hopefully steal a new wife.

If a man is able to steal away undetected (especially from a current husband who may not want to part with his wife), then they become socially recognized.

2. Spitting as a form of greeting - Massai tribe 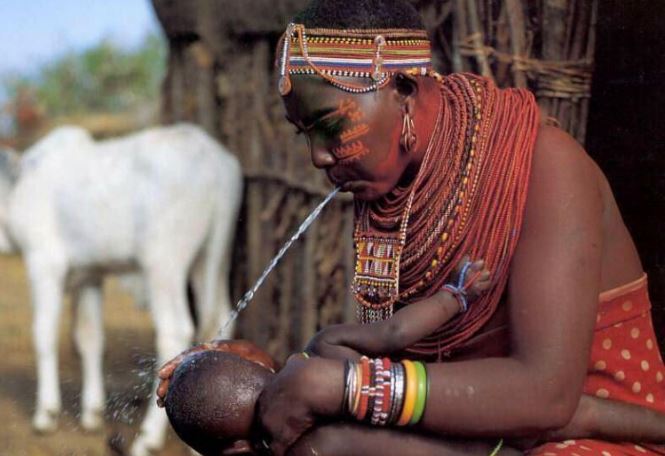 The Massai tribe, found in Kenya and Tanzania, spit as a way of saying hello. While the English man would say hello, spitting is a way of greeting.

Asides that, when a baby is born, it is the custom of the men to spit on the newborn and refer to him as bad. They believe this would protect the baby from evil spirits. Maasai warriors also spit in their hands before shaking the hand of an elder. Furthermore, the Massai tribe is also famous for its drinking of fresh animal blood.

3. Festival of the dead - Malawi

The Chewa community is a Bantu tribe mostly found in Malawi.

During the burial ceremony of a tribe member, it is customary for the body of the deceased to be washed.

The corpse is taken to a sacred place where the cleansing is done by slitting the throat and pouring water through the insides of the dead.

The water is squeezed out of the body until it comes out clean. The water is then collected and used to prepare a meal for the whole community. 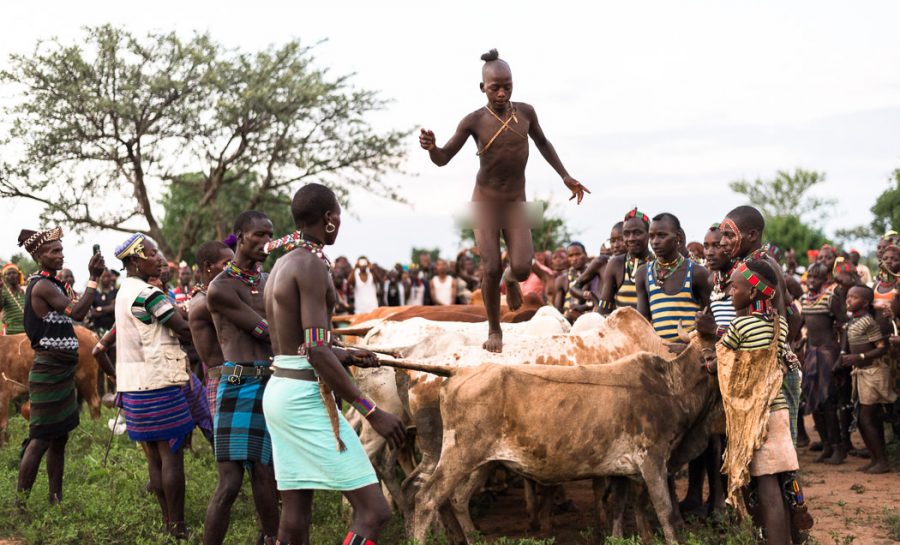 In Ethiopia young boys have to undergo some form of ritual to prove their manhood this involves a series of events.

A young boy has to strip naked, run, jump and land on the back of a bull. This is then followed by running across the backs of several bulls arranged in a straight and closely-knit herd pulled by the tail and horns by older men. The practice is known as Hamar. In the Banyankole tribe, a minority tribe living in Uganda, marriage means quite a burden to the bride’s aunt.

When a couple wants to get married, the aunt has to have sex with the groom as a “potency test” and furthermore, she has to test the bride’s virginity.

6. Beating to earn a wife - Fulani The Fulani tribes practise Sharo before getting married. Here the groom is beaten by the older members of the community so as to earn a wife and respect. If the man is not strong enough to bare the pain, the wedding is called off.

Other than flogging, the bride family can pick Koowgal, which is a dowry payment option or the Kabbal, an Islamic ceremony similar to marriage but in the absence of the bride and groom.

The people of Surma tribe are found in southern Sudan as well as southwestern Ethiopia. During teenage years, females undergo the lip stretching procedure which involves removing their lower teeth to accommodate a lip plate; the lip plate is increased in size yearly until it is an astounding size.

Some of the men do this similar exercise with their ears. They also indoctrinate their warriors known as ‘stick fighters’ by inflicting scars on them, the belief is that the more scars they have, the more attractive they are to female members of the tribe.

How Attackers Burned Down 7 Vehicles, Pulled Down The Wall At Kuje Prison