Wow! Meet The 11-Year-Old Girl Who Services And Repairs Generators In Delta (Video)


A young Nigerian girl has been found out to have been repairing and servicing generators in Delta state for some years. 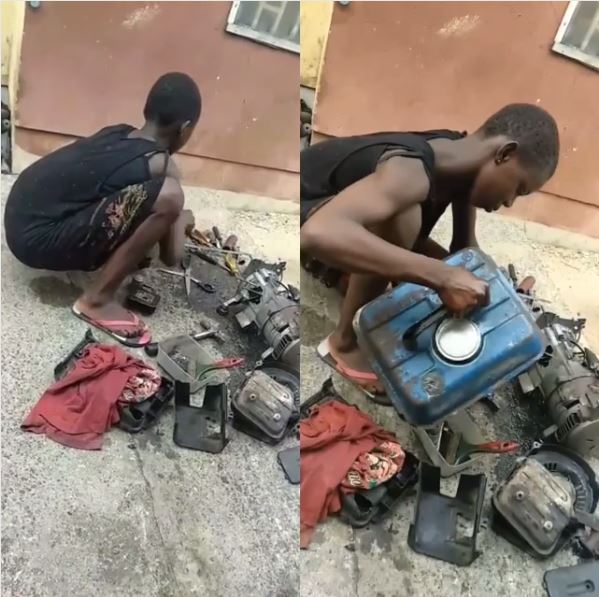 The girl fixes generators
A video has emerged online showing a young girl who has been fixing faulty generators in a community in Delta.
The video which was shared online by GossipMill, shows the girl, said to be a Primary 6 pupil, squatting in front of the generator as she tries to find the faults in it and apparently fix them.
Local reports show that the girl, name withheld, is just 11-years old and has been repairing and servicing generators in her community identified as Uloho, Ughelli In Delta State, for the past three years. She is reportedly doing it to support her family.
The video has since caused a stir on social media with many people applauding her industry and independent mindset.
Watch the video below: