There are many others like Kolade Johnson who have also had their lives cut short due to reckless shooting by law enforcement agents. 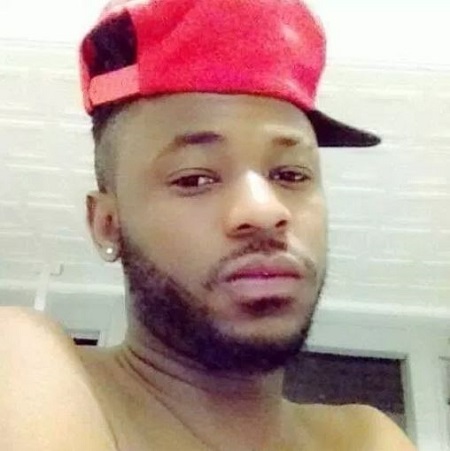 Kolade Johnson
When 36-year-old Kolade Johnson stepped into the football viewing centre at Mangoro/Onipetesi area of Lagos where he lived last Sunday to watch the English Premier League match between Liverpool and Tottenham, he never thought he would be shot dead.

Unfortunately, the life of Kolade, like many others in the past, was cut short by some trigger happy policemen attached to the Special Anti-cultism Unit of Lagos State police.

The young man’s crime was being at the wrong place at the wrong time, that is, watching a football match when operatives from Anti-cultism Unit, who allegedly came to arrest someone, started shooting sporadically.

Meanwhile, Kolade is not the first innocent victim whose life has been taken by our law enforcement agents.

There are many others who also had their lives cut short due to reckless shooting by law enforcement agents.

For instance, on Monday, March 18, 2019, an 18- year-old girl, Hadiyat Sikiru, was reportedly shot dead by some policemen in Adamo community, Ikorodu area of Lagos.

It was learnt that policemen from Imota Police Division had stormed the community on that fateful day to raid suspected criminal hideouts in the course of which they began to shoot sporadically. Like Kolade, Hadiyat was hit by a stray bullet.

The death of the teenager sparked protest by angry residents who chased after the policemen who escaped but abandoned their patrol vehicle.

Another victim, this time a commercial motorcyclist identified as Ademola Moshood, fell to the police bullet on Thursday, March 28, 2019 a few blocks away from his house.

Moshood was reportedly shot by one of the police officers attached to Soloki Police Station, Surulere.

It was learned that the victim was shot at close range in the head for allegedly refusing to part with N200 bribe.

Three policemen, simply identified as AK, Patrick and an unknown officer, allegedly involved in the act, were on patrol when they sighted Moshood at Kilo Bus Stop, Surulere, stopped him and started demanding for money.

The motorcyclist was said to have refused to give in to their demand because he claimed to have closed for the day and was only heading home.

The officers, it was learnt, insisted that he must give them money and weren’t listening to anything he was saying.

Then the unexpected happened.

One of the policemen went to the commercial motorcyclist’s side, placed his gun to his head and shot him.

It is not only in Lagos that innocent citizens are killed by law enforcement agents as there are tales from other parts of the country.

On July 3, 2018, Linda Igwetu, a member of the National Youth Service Corps (NYSC) deployed to Abuja, was allegedly shot dead by a policeman.

The incident reportedly happened while the victim was on her way home with some friends around 3am.

The corps member had served in the Mabushi area of Abuja and was to finish the NYSC programme the next day.

Also in Abuja, another young lady, Anita Akapson, was reportedly shot dead by a policeman at Katampe Extension on October 13, 2018 by a police officer.

According to a police report, she had an encounter with policemen that night.

The policemen involved in the incident were said to have been arrested and detained.

While one of the victims, Mohammed Attah, was hit on his leg, the other, Emmanuel, was hit in the stomach.

It was gathered that one of the drivers had been stopped by a police team at a checkpoint in the Zango area on the Lokoja-Okene highway and asked to part with a bribe but he told the policemen that he had nothing to give them at that point and thus continued his journey towards Lokoja.

The policemen reportedly gave his vehicle a chase down to the Ibro Motor Park area, where he stopped the vehicle and ran into the park for refuge.

Usman allegedly became furious after the union leader at the park intervened, bringing out his gun and firing into the ground. The two drivers were hit by bullets.

Sometimes you can’t predict when bullets from police guns will begin to fly. It can be during an event.

That is what happened during a traditional wedding ceremony when a policeman allegedly shot and wounded two persons in Anara, Isiala Mbano local government area of Imo State on Sunday, April 15, 2018.

It was learnt the policeman, a security aide to one of the guests at the occasion, shot into the air to impress his boss who was spraying money.

He lost control of his rifle and two onlookers were hit by bullets.

Onwudiwe was hit in the hand and waist while Ogbuhuruzo’s hand was shattered. They were rushed to the Accident and Emergency Unit of Imo State Teaching Hospital, Orlu for treatment.

Although the victims survived, the incident led to the abrupt end of the wedding as guests scampered for safety.

Expectedly, the killing of Kolade in Lagos, on Sunday, has continued to generate reactions from different quarters.

The killing sparked outrage as angry youths lit bonfires on both lanes of the Lagos-Abeokuta expressway, leaving many road users stranded for hours.

“The killing is the height of the atrocities committed daily by the personnel of the Anti-cultism Unit of the police and the seeming atmosphere of impunity that emboldens them to continue to engage in criminal activities and flagrant violation of the rights of citizens, particularly young people in Lagos. The operation that led to the killing of Kolade Johnson is typical and characteristic of the unethical mode of operations of the Anti-cult Unit. As in previous cases, they were reported to have operated in an unmarked commercial bus when they went to the area on that Sunday afternoon in search of youths who ‘dressed wildly’ and ‘wearing dreadlocks.’”

Also pained by the incident, music star, Bankole Wellington, aka Banky W, wrote an open letter to President Muhammadu Buhari to ask for justice for Kolade.

The Presidency, in response to the outrage, sent out a condolence message to the Johnson family through its official tweeter handle.

In the message, it disclosed that members of the team suspected of involvement in the shooting had been apprehended and were undergoing disciplinary procedure.

Senate President Bukola Saraki also spoke on the incident, saying senseless killings, assault, and extortion of everyday Nigerians by some ‘bad apples’ in the police is what prompted the Senate to introduce the Police Reform Bill.

“I have also been in contact with the Chairman of the Senate Committee on Police Affairs and I am pleased to announce that the report of the #PoliceReformBill will be laid by next week Tuesday”, he added.

According to the spokesperson, DSP Bala Elkana, the suspects had been arrested and were undergoing interrogation.

They will, according to the spokesperson, be subjected to internal disciplinary procedures, and may be prosecuted in conventional court if implicated after investigation.

Taking a bold step, the state Commissioner of Police, Zubairu Muazu, visited the Johnson family last Tuesday to condole with them on the death of their son during which he pledged to reform and reposition the Anti-cultism Unit.