An undergraduate student of UNIPORT has reportedly been killed and dumped in a morgue by SARS officers. 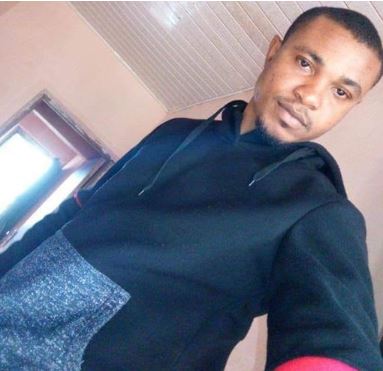 The victim
Officers of the Special Anti-Robbery Squad (SARS) have been accused of killing a man and dumping his body in a morgue without consulting his family members.
The revelation was made by Martha Yellowe, sister to the victim.
Martha Yellowe revealed early in April that her youngest brother Solomon Yellowe was missing after he left his school Uniport to withdraw money from an ATM in March.
His family kept searching for him and they later discovered that he was allegedly arrested on March 13 by men of the Special Anti-Robbery Squad, a unit of the Nigerian Police Force.
Martha said her brother was healthy at the time of his arrest but he was dead by the next day and they deposited his body in the morgue and never informed his family even though they kept visiting their station to inquire. She said the officers denied ever arresting their brother.
She said they finally discovered their brother was dead more than a month after he was killed. His body was discovered in the mortuary on the 26th of April. 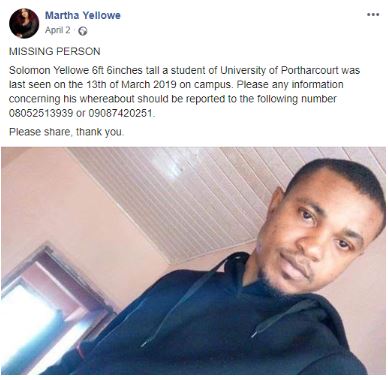 She is now calling on well-meaning Nigerians to help get justice for her slain brother.
She wrote:
Tough times indeed for my entire family but in all His grace and mercies are keeping us strong.
My younger brother Solomon Yellowe, the last born of the family, left Uniport campus after a test to withdraw money from a bank's atm on the 13th of March. Not long after he was arrested by SARS. By 14th of March my brothers lifeless body was deposited at UPTH mortuary by the same SARS that arrested him. They never contacted us despite knowing that we were looking for him. We went to their station several times and they continuously denied ever arresting any Solomon Yellowe. It was on the 26th of April that we finally discovered my brother's body at the mortuary.
He was healthy at the time of his arrest and was taken to SARS, Rukpokwu where he was subsequently murdered the next day. He was tortured to death...
My brother had never been arrested before nor does he have any record of criminal activity. We have also not received any information of a complaint against him.
Yet he was killed by police without any regard to his family. 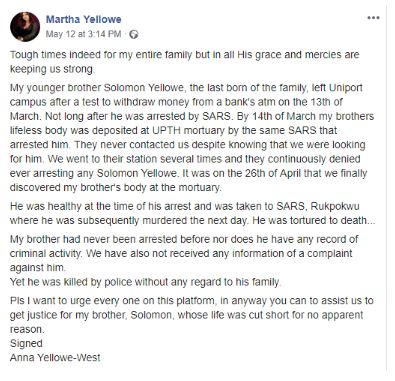 Pls I want to urge every one on this platform, in anyway you can to assist us to get justice for my brother, Solomon, whose life was cut short for no apparent reason.
Signed
Anna Yellowe-West
Top Stories