Nigerians Disgrace Themselves In Italy Over Stolen Shoes (Video)


A stolen pair of shoes has led to a confrontation between some Nigerians residing in Italy in broad daylight. 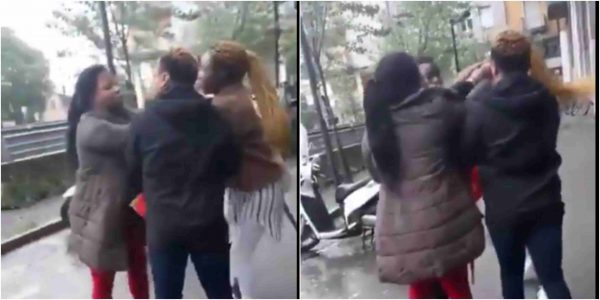 Nigerians fighting over stolen shoes in Italy
Some Nigerians have been caught on camera fighting over stolen shoes in Italy.
The video showed over five Nigerians arguing over a pair of shoes which was stolen some days ago only for it to be seen on another lady.
One of the ladies in the video claimed she owns the pair of shoes which had been stolen days before that moment, only for her to see them on another lady.
The friends of the owner however threatened to arrest the alleged thief with the Police, while others stated that there would be no need to do that. 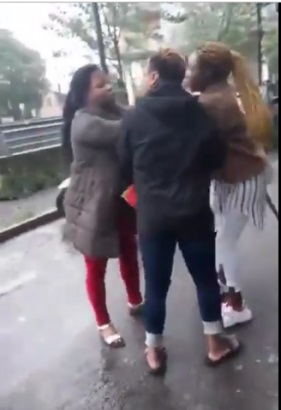 The argument later escalated into a street fight and the alleged owner of the shoes could be seen man-handling the alleged thief.
She insisted that she must follow her to her house.
See The video:

Nigerians spotted fighting on the streets of Italy over stolen shoes. pic.twitter.com/Bjb622xTUE