A beautiful chattered accountant who was on her way home from work has reportedly gone missing, causing panic among family and friends. 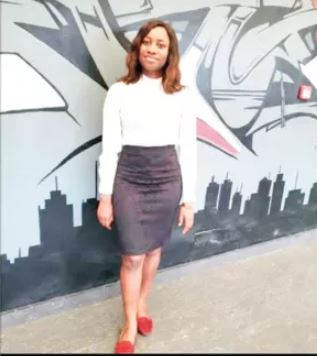 Lateefat Adewura Belo
Ms. Lateefat Adewura Belo, a 26-year-old chartered accountant, appears to have simply disappeared into thin air while returning from office, NewTelegraph reports.
Lateefat was said to have gone missing on May 15 while returning from her office at Ikeja and heading home to Gowon Estate, Egbeda.
Although nobody is sure of what happened to Lateefat, her family, however, believed that she had been abducted.
The victim’s mother, Mrs. Belo, speaking on the phone with our correspondent yesterday, disclosed that Lateefat’s sister was the last person who spoke with the victim on that fateful day.
The girl spoke with Lateefat about 7p.m. The next time the family tried to call her, the phone had been switched off.
The woman, who cried throughout the interview, said: “When her sister called her, she said she was on her way home. That was the last time we heard from her.”
The woman said that the matter had been reported at the Gowon Police Station.
Lateefat’s mother urged friends, family members, and general public to assist her in the frantic search for her daughter.
She said: “Tomorrow (today) will make it six days since we have not seen her. She works with an agency in Ikeja. We have since reported Lateefat’s abduction to the police. The police assured us that they were doing their best to find our daughter. Anyone with any information about Lateefat should please contact the nearest police station or me.”
Top Stories