Many people were left in a state of shock after a groom and bride created a scene during their wedding in Nigeria. 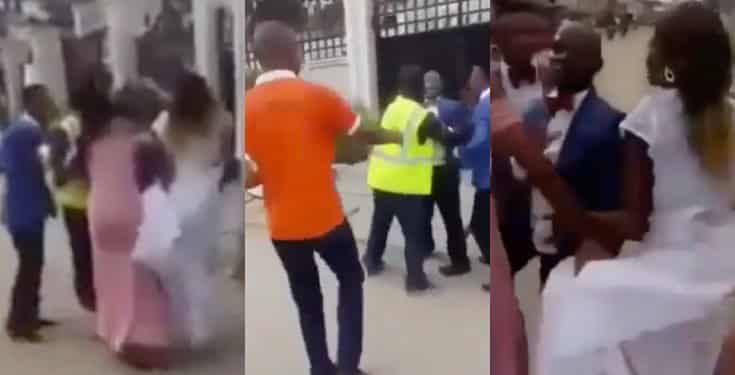 Scene of the drama
A serious drama recently took place after a groom walked out on the bride on their wedding day.
It was gathered that the man canceled his wedding on the d-day after he found out that his bride cheated on him. 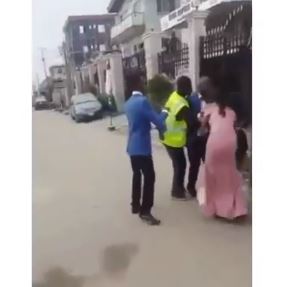 In the viral video, the bride could be seen running after the man alongside his best man, bridesmaid and other interested persons.
However, the angry groom couldn't take it as he continued to lament that his bride cheated. All attempts to placate him proved abortive. 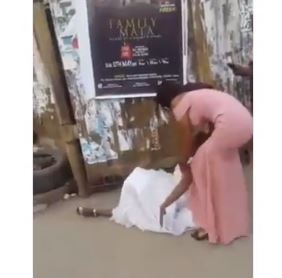 “She cheated on me, she’s been cheating on me," the angry groom yelled.
Watch video below:

Wow! I wonder what happened?

Buhari Opens Up On Why He Decided To Suspend EFCC Acting Chairman, Ibrahim Magu