According to him, if it is the wish of God for a Yoruba man to be the next president of Nigeria, Afenifere leaders cannot stop him. 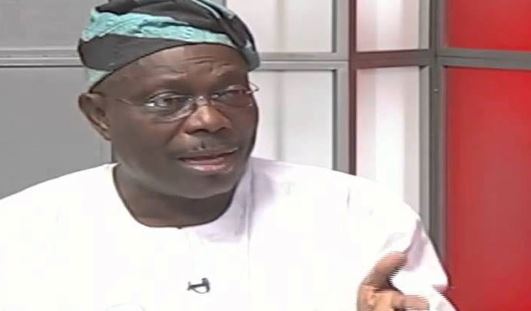 Alhaji Moshood Salvador
A former chairman of the Peoples Democratic Party (PDP), Alhaji Moshood Salvador, has insisted that pan-Yoruba socio-cultural group, Afenifere, cannot stop the National Leader of All Progressives Congress (APC), Senator Bola Tinubu, from pursuing his ambition to contest the 2023 presidential election.
Salvador, speaking to journalists in Lagos on Tuesday, stated that those fighting Tinubu and any other Yoruba leader from contesting were fighting a lost battle.
According to him, if it is the wish of God for a Yoruba man to be the next president of Nigeria, Afenifere leaders cannot stop him.
Salvador was reacting to a statement reportedly made by a leader of the Afenifere, Chief Ayo Adebanjo, that the 2023 presidency should be ceded to the South-East and that Tinubu would be day-dreaming if he thought he would contest or be the president in 2023.
He said the argument of Adebanjo that the South-East has never produced a president was false, as the first President of Nigeria, Dr. Nnamdi Azikiwe, was from the region.
The former PDP chairman described the posture of the Yoruba leaders as “rabble-rousing, inciting, offensive, illogical and terrible”.
Salvador reiterated that it is the people and not the Afenifere leaders, that would decide who becomes the President.
“These leaders forget that Nigeria is practicing party politics and in a party politics, any candidate can emerge.
“It is left for the party and the presidential candidate to reach out to other tribes for support. It is the people who now decide who becomes the president not an individual or group of people,” he added.
Top Stories