A woman has died during child birth after planning to share pregnancy photos with friends on Facebook. 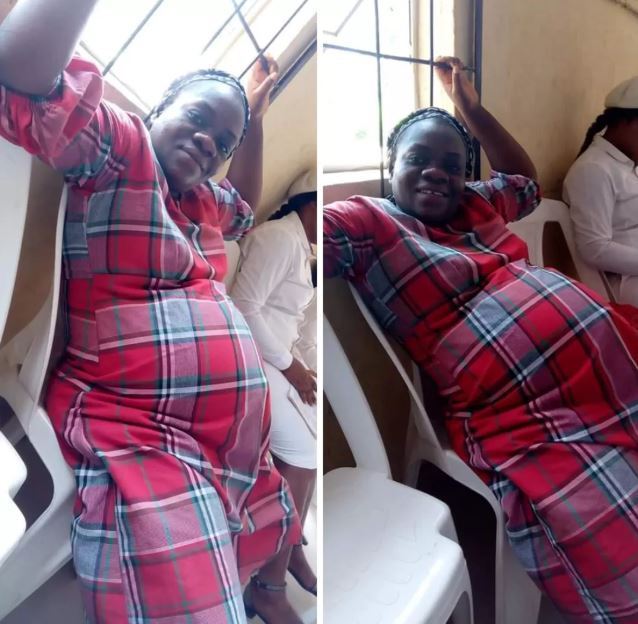 Elizabeth reportedly lost her life during child birth
A woman identified simply as Elizabeth who had taken her pre-delivery pictures and was eager to share them to the world after she delivered has reportedly died while giving birth.
According to a friend, Elizabeth took some pictures showing her heavily pregnant and begged that the pictures should not be deleted because she has plans to upload them to Facebook when she has delivered.
Hemdy Media shared Elizabeth’s last words which read:
“Don’t delete those pictures, When I’m through with this pregnancy I’ll post them on Facebook, I am not there for now until I’m delivered of my baby.”
Sadly, Elizabeth died while giving birth to a bouncing baby girl. The pictures which she planned to upload on Facebook were later shared on the social media platform by a user who wrote:
“I just posted the pictures now you have given birth to your bouncing baby girl, the difference is that it’s not you, but at least it’s now on social media.
"It’s over eight days now and your daughter can see clearly, she saw me this morning Elizabeth”. 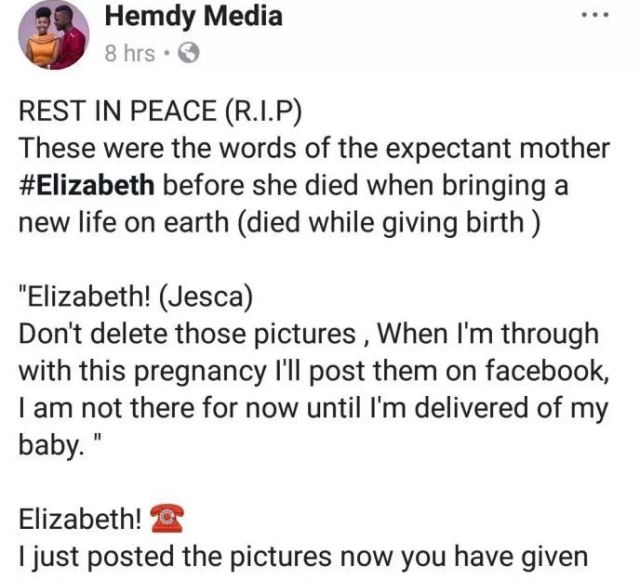 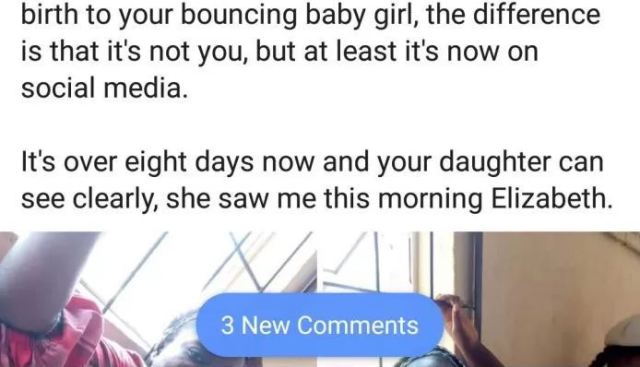