Benjamin Moulton showed up at the Manatee Police Department on Wednesday, September 29 and confessed to strangling a prostitute, Nicole Scott when he got angry nearly 10 years ago. 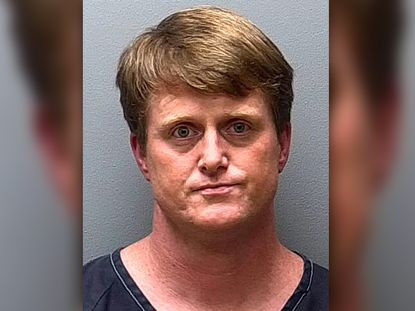 Benjamin Moulton, an American man from Florida walked into a police station this week and confessed to murdering a prostitute back in 2011, explaining that he has carried the guilt for nearly a decade and couldn't keep it to himself any longer.

According to Fox 13, Benjamin Moulton showed up at the Manatee Police Department on Wednesday, September 29 and confessed to strangling a prostitute, Nicole Scott when he got angry nearly 10 years ago.

A passing motorcyclist spotted her partially-clothed body in a wooded area near Lakewood Ranch in December 2011.

Police say as at when her body was found tge victim also had signs of trauma on her face.

Investigators eventually determined Scott was likely killed days before she was dumped in the woods.

As at the time she was killed investigators questioned Moulton in connection with her slaying, but they were never able to collect enough evidence to arrest him.

“We knew there may have been a connection between him and our victim Nicole, we just were not able to put him at the crime scene or had enough to make an arrest,” Manatee County Sheriff’s Office Public Information Officer Randy Warren told Fox 13.

Video obtained by the Herald-Tribune shows Moulton pull up in front of the police station and then exit from the back seat of the vehicle before calmly walking into the building with a drink in his hand.

“He told detectives he had since ‘found Jehovah and couldn’t live with the guilt anymore,’” the release stated.