The revoked licenses are located in the onshore, shallow and deepwater areas of the Niger Delta basin. 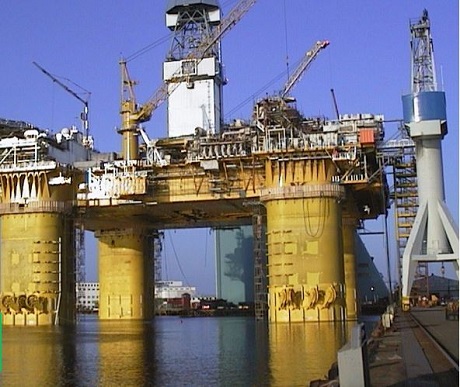 In a public notice issued on Thursday, the regulatory body said the revocation was based on a presidential directive to “recover legacy debts” owed by the companies operating the licences.

The revoked licenses are located in the onshore, shallow and deepwater areas of the Niger Delta basin.

Pan Ocean is owned by Festus Fadeyi, billionaire businessman, while Allied Energy, which is now known as Erin Energy, has Kase Lawal, founder of Camac Energy, as its chairman.

Summit Oil International, operators of OPL 205, also known as the Otien field, was co-founded by the late MKO Abiola.

The report said, despite being in a Joint Venture (JV) arrangement with government, Pan Ocean did not remit tax payments.

NEITI had urged the DPR to investigate the defaulting companies and ensure that government recover outstanding revenues.

“The non-payment by these companies will result in revenue loss to the federation. It is worthy to note that Pan Ocean did not make any financial payments in 2016, despite being in JV arrangement with the federation,” the NEITI report had read.

Pan Ocean, Allied Energy and Express Petroleum were also listed among 31 companies that defaulted in the payment of Education Tax (EDT) in 2016.

A 2 percent EDT is usually levied on the assessable profits of oil and gas companies operating in Nigeria.

He said the “aggressive royalty recovery” was possible following the launch of new automation processes that track production and shipment of crude oil.

Kachikwu said oil firms yet to remit outstanding royalties to the government at the expiration of the agreed deadline, may have their licences revoked — an action that serves as the ultimate penalty for defaulters.

Following this, the ministry filed a request to revoke the affected licences which led to the presidential order to recover outstanding payments.
-TheCable
Top Stories