Oh No! 68-Year-Old American Teacher Sues Nigerian Catholic Priest For R*ping Her In The U.S


An American teacher has reportedly sued a Nigerian catholic priest for allegedly r*ping her in the United States. 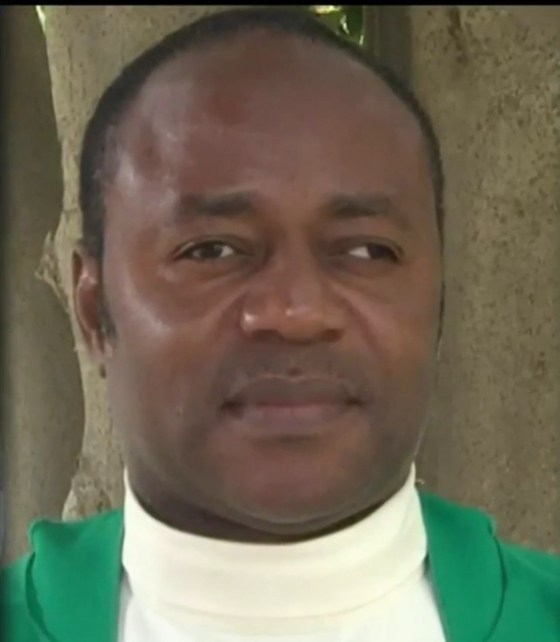 Fr. Cyprian Duru
A 68-year-old retired American teacher Kathy Coll has sued a Nigerian Catholic Priest, Fr. Cyprian Duru for alleged r*pe in 2016.
In the 13-count suit, Coll also sued the Catholic Diocese of Pittsburgh, Bishop David Zubik, and St. Teresa of Avila Roman Catholic Parish, her Ross Township church.
Coll was a retired high school English teacher and Eucharistic minister who sang in the choir, taught CCD classes and volunteered countless hours for her church.
She said her life changed for worse after the sexual assault by Father Duru, who was studying at Duquesne University and assisting her North Hills parish.
The widowed mother of two adult sons said she still has trouble processing how the Catholic Church responded two years ago when she reported she had been raped in 2016 by a Nigerian priest.
Her complaint, according to a report by triblive.com charges that the diocese failed to properly vet Duru before assigning him to a parish where she and others were asked to give support and assist to a predator priest from a region where clergy were known to prey on older women. She alleges that the assault occurred in December 2016. The suit was published by other Pittsburg media including CBS News and WTAE Pittsburgh.
“I spent 2 ½ years trying to get someone to listen to me,” Coll said. “No one was listening to me, so I decided it was time to say I want to make something happen here.”
She alleges that the church heard complaints from others about Duru’s inappropriate behavior toward older women, failed to act quickly, and later neglected to explain why Duru was removed from ministry after she reported her assault.
Her complaint bears echoes of hundreds of allegations in last summer’s Pennsylvania grand jury report that detailed decades of church inaction against priests accused of child sexual abuse in Catholic dioceses across the state.
Coll’s suit details her account of how Duru — whom she agreed to tutor in English and occasionally transported to Pittsburgh — began taking frequent walks through her neighborhood that fall. On Dec. 11, 2016, Coll said Duru stopped by her home on the pretence of giving her a Christmas card. She said when she offered him a cold drink, he followed her to her family room, overpowered her and assaulted her as she screamed for him to stop. 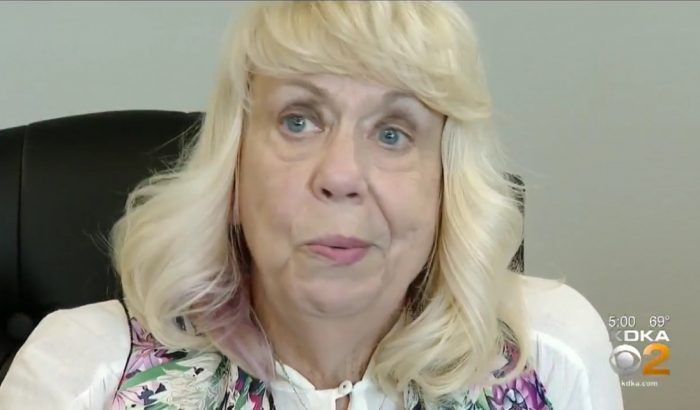 Kathy Coll: says no one listened to her in the Catholic Church making her resort to self -help
Duru, who remains at Duquesne on a student visa, could not be reached for comment.
Coll’s lawyer, Pittsburgh attorney Sharon Smith, said the Allegheny County District Attorney’s Office declined to prosecute Duru.
Although Coll underwent a rape kit exam at UPMC Passavant hospital that showed evidence of intercourse, she said authorities said it would come down to a “he-said-she said” case with Duru claiming it was consensual.
A spokesman for Allegheny County District Attorney Stephen Zappala told the Trib prosecutors met with Ross Township Police, Coll and her attorney to go over the case.
“After reviewing the evidence and the investigation, we informed the victim and her attorney that based on the evidence as it exists, we cannot move forward with any charges,” said Zappala spokesman Mike Manko.
An award-winning teacher who once led active outdoor tours with her late husband, Ed, Coll said she’s reclaimed her life after months of therapy and prayer.
But she worries that a lack of diligence on the part of a church struggling to fill pulpits could expose others to danger.
“The crux of our complaint is the church’s failure to vet Duru,” said Smith. “He is a predator and shouldn’t have been here.”
A spokesman for the Pittsburgh Diocese insisted the church was never made aware of any other allegations against Duru and has been supportive of Coll.
“When the Diocese of Pittsburgh learned of the allegation against Cyprian Duru, he was immediately removed from the parish where he was in residence and his faculties were suspended,” said diocesan spokesman the Rev. Nicholas Vaskov. “He cannot function as a priest or dress in clerical attire. He is not in active ministry in the Diocese of Pittsburgh.”
He said the diocese also alerted Duru’s bishop in Nigeria of the allegations.
Duquesne University also was alerted to the allegations.
University President Kenneth Gormley said Duru is still a student at the university, but is not and has not been associated with Duquesne’s Spiritan fathers.
Gormley said he has no knowledge of Duru’s residence and declined to comment further, citing federal student privacy protections.
Vaskov said many priests from around the world have traveled to Pittsburgh to study at local universities and have taken up residence in local parishes.
Visiting priests are required to undergo FBI fingerprinting, a state criminal background check and child abuse clearance and must complete Protecting God’s Children and Mandated Reporter training and sign the diocesan Code of Pastoral Conduct, Vaskov said.
He said the Diocese also requires a reference from the sending bishop that the priest is in good standing and faces no allegations of inappropriate behavior.
“Fr. Cyprian Duru was one such student at Duquesne University,” Vaskov said. “He had residence in a parish where he would assist in the celebration of the sacraments. His bishop testified to the fact that he was in good standing as a priest before he took up residence.”
***
Source: PM News
Top Stories