Toyin Abraham, an actress and filmmaker formerly identified as Toyin Aimakhu has been debunking the news of pregnancy and marriage technically every year. 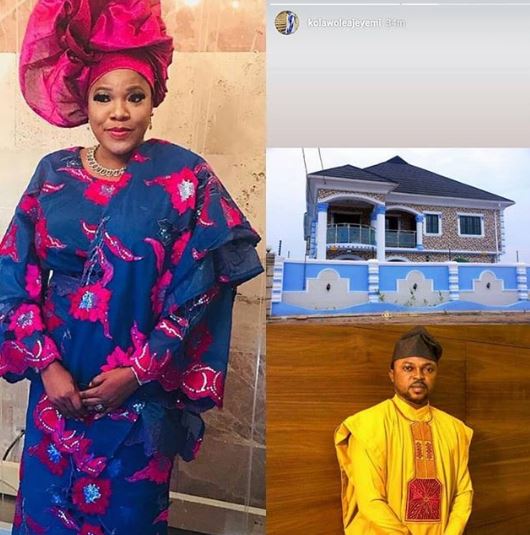 Toyin Abraham and Kolawole Ajeyemi
Popular actor, Kolawole Ajeyemi who has been in the news recently because of rumour peddlers saying he has married fellow actress, Toyin Abraham has now cleared the air on the issue.
The thespian who recently got a mansion for himself has reacted sharply to the rumour saying it’s all lies from the pit of hell.
Meanwhile in his recent post on Instagram, he denied being married to anyone in the movie industry. He even cursed the bloggers involved in the rumour going round social media.
Toyin, 34, a divorcee has been struggling to settle down again since her marriage to her industry colleague Adeniji Johnson crashed in the year 2013.
One of her ex-lovers, Seun Egbegbe has also been languishing behind bars for about two years over a myriad of criminal offences.
Top Stories