Five people have been injured following a gas explosion at a shopping mall in Port Harcourt, the Rivers State capital. 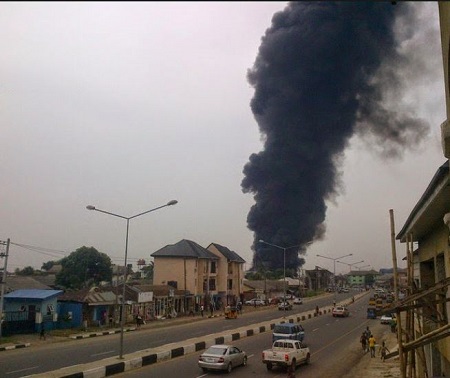 The incident which happened around 4:00 p.m. forced the early closure of the mall.

It was gathered that the fire started at the continental cuisines’ kitchen, a section within the mall which cooks and serves Chinese and other continental dishes.

It was learnt that five workers at the kitchen, who were badly burnt were rushed to the Rivers State University Teaching Hospital where they are currently receiving treatment.

A taxi driver who witnessed the incident told The PUNCH that he could not stand the cries of those were injured as they were rushed to the hospital.

He said, “The fire incident happened around 4:00 p.m. There was a gas explosion at the continental/ Chinese dishes kitchen which resulted in a fire.

“The fire burnt about five of the workers badly. In fact, one of the victims’ skin was peeling off like burnt clothes as he cried, I couldn’t watch, to be honest.”

Efforts to reach the mall’s management failed at the premises was sealed by security and no one was allowed entry.

Our thoughts are with those affected by the Port Harcourt mall incident todayðŸ˜¢ðŸ˜¢ðŸ˜¢#portharcourtmall pic.twitter.com/9G6SNb1jMj