A lawmaker has found himself in serious trouble after slapping a female lawmaker during an altercation. 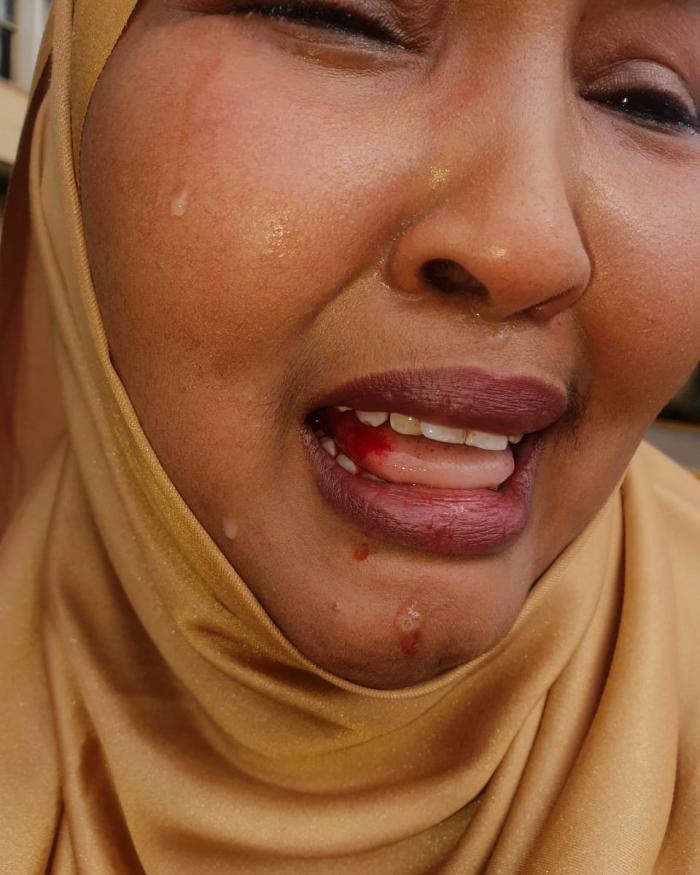 Fatuma crying after the slap
A Kenyan lawmaker has been arrested and will now appear in court today Friday for slapping a female colleague before the reading of the national budget, police said.
According to AFP, the victim, Fatuma Gedi who is on the budget committee had accused fellow MP Rashid Kassim Amin of slapping her twice on Thursday for failing to allocate certain funds to his constituency.
“He said… ‘you are stupid’, and then he hit me. I was shocked, I could not believe it,” Gedo told Citizen TV.
An image of her crying with her mouth bloodied was shared on social media.
Both lawmakers hail from the northeastern region of Wajir.
“The MP has been arrested and will be charged in court for assaulting his colleague,” said Nairobi police chief Philip Ndolo.
House Speaker Justin Muturi said: “I have received the complaint from (Gedi), and I want to say that that is not acceptable, the matter has been referred to the police. Parliament has no room for criminals.”
Soon after the incident, female MPs waiting inside the house for the reading of the annual budget staged a walkout.
Another female MP Gladys Wanga described witnessing Amin “hurling insults … which were followed by blows”.
“I am shocked that women leaders can be attacked by none other than their male colleagues in this parliament. If we leaders are not safe, then how about our women and girls in the counties?” she told journalists outside the court Thursday.
Top Stories