Jack Ma who is the second richest man in Asia was once a poor school teacher who struggled to make it in life. 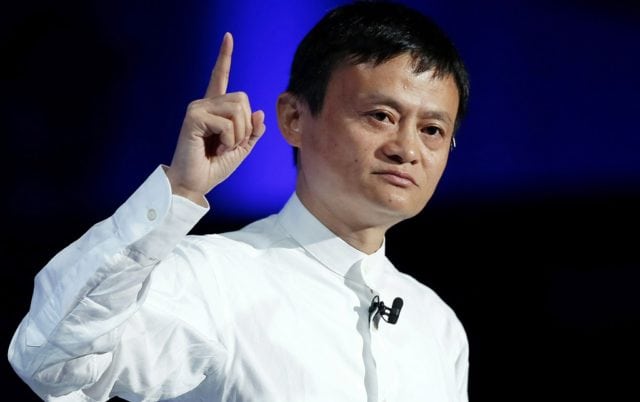 Jack Ma
His real name is Ma Yun but better known as Jack Ma. The now billionaire co-founder of E-commerce giant, Alibaba came from a very poor home. He was born on the 10th of September 1964 in Hangzhou, China and struggled from a humble beginning to become one of the most richest and powerful men in Asia.
The former school teacher is married to Zhang Ying, a teacher whom he met at school, after they graduated in the late ’80s. They have two children — a daughter and a son.
Today, Ma is ranked number 21 in Forbes list of richest people in the world worth about $37.3 billion dollars. He is the second richest man in Asia, behind Asia’s richest man, Ma Huateng who is the Chief Executive Officer of Tencent – a Chinese multinational investment holding conglomerate.
In his early years, Ma passed through many life difficulties. Not only did he come from a poor home, getting the necessary education to succeed in life was a very herculean task.
Ma began studying English at a young age by conversing with English-speakers at Hangzhou international hotel. In order to perfect his English, he would ride 70 miles on his bicycle to give tourists tours of the area to practice his English for nine years. During this period, he became pen pals with one of those foreigners, who nicknamed him “Jack” because he found it hard to pronounce his Chinese name.
Out of a desire to make a difference and throw off the shackles of poverty, Ma decided to further his education but it was not easy at all.
He failed his primary school examination twice, his middle school exams thrice, and his university entrance exams thrice before eventually being admitted to study English at the Hangzhou Normal University.
The rejections:
Even with such relative progress, things still didn’t fall in place for Ma. After graduating with a B.A. in English, Ma worked as an English teacher at Hangzhou Dianzi University, but that was not all he wanted in life.
He began applying for jobs but was met with rejections. Speaking at the University of Nairobi about the lessons he learnt from the rejections, he said: “You have to get used to failure,”
He applied for 30 jobs in his home city of Hangzhou, China and was rejected from every one.
Ma revealed his job hunting experience at Kentucky Fried Chicken (KFC) in China where 24 people applied for the job including himself, 23 were hired, he was the only one rejected.
“I even went to KFC when it came to my city. Twenty-four people went for the job. Twenty-three were accepted. I was the only guy …” he told interviewer Charlie Rose.
It was that demoralizing. 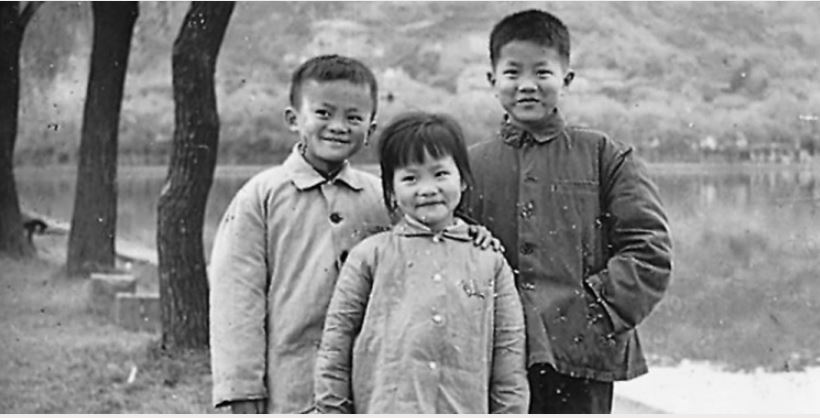 Even when he tried to be a police officer and applied for the job, four out of the five applicants were hired, except him.
“I went for a job with the police; they said, ‘you’re no good'”, Ma told interviewer Charlie Rose in 2015.
He even lost a job to his cousin.
“My cousin and I waited for two hours [in a] long queue to be the waiter for the four star hotel in my city, on a very hot day,” he says. “My cousin’s score was much lower than mine, [but] he was accepted and I was rejected!”
Ma also got turned down by Harvard 10 times, he told Charlie Rose.
“I told myself someday I should go teach there maybe,” he laughs.
The rejections were very painful, he would later admit.
“If you can not get used to failure — just like a boxer — if you can’t get used to [being] hit, how can you win?” he told the audience in Nairobi.
Today, he boasts of $37.3 billion dollars net worth and is the second richest man in Asia.
The breakthrough
The businessman made his breakthrough after going to the United States in 1995 with friends where he was introduced to the Internet. Curiously, he noticed that information related to beer from many countries could be found on the net but none from China was available. When he searched for general information about China, he found none.
This gave him the idea of something greater to come. That year, he launched a website at 9:40 AM, and by 12:30 PM he had received emails from some Chinese investors wishing to know about him. This was when Ma realized that the Internet had something great to offer. In April 1995, alongside a friend, He Yibing (a computer teacher), Ma opened the first office for China Pages. He later registered  the domain chinapages.com and within three years, the company had made 5,000,000 Chinese Yuan which at the time was equivalent to US$800,000.
But, his greatest business idea was yet to come. After acquiring enough knowledge and information in the line of business he was to invest in, he quit his position as the head of the China International Electronic Commerce Center, a department of the Ministry of Foreign Trade and Economic Cooperation and founded Alibaba alongside his team in 1999. He suffered serious setback after his funding proposal was rejected by Silicon Valley and made zero revenue from the business for the first three years. 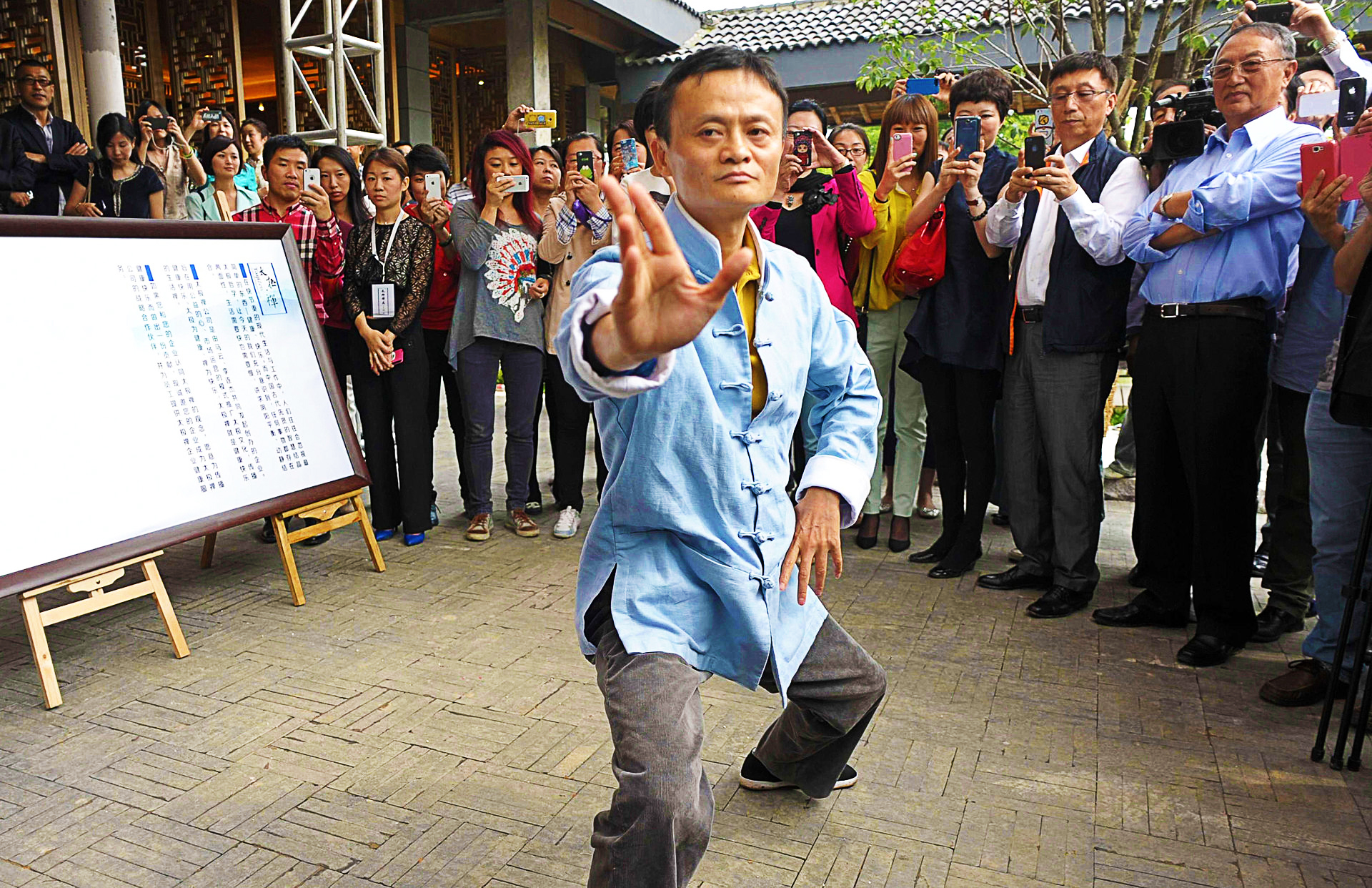 In fact, the Alibaba was on the brink of bankruptcy before it went public in September 2014 at $92.70 per share, making it the biggest US IPO in history.
Alibaba made a very significant progress after Yahoo invested $1 billion in the company in exchange for 40% stake.
In 2009 and 2014, Ma was named one of Time‘s 100 most influential people. He was also chosen as one of ‘China’s Most Powerful People’ by Business Week. Ma is the first mainland Chinese entrepreneur to appear on the cover of Forbes.
Alibaba’s market cap stood at US$352.28 billion as of 19 December 2018. It is the second Asian company to break the US$500 billion valuation mark, after its competitor Tencent.
Apart from being one of the most valuable companies in the world, Alibaba has the 9th highest global brand value. It is today, the world’s largest retailer and e-commerce company, one of the largest Internet and AI companies, one of the biggest venture capital firms, and one of the biggest investment corporations in the world.
Its online sales and profits surpassed all US retailers (including Walmart, Amazon and eBay) combined since 2015.
From nothing, Ma has built an empire – quite impressive for a boy from a poor home.
Culled from FamousUSA.com
Top Stories