Fitch noted that high unemployment and inflation will constrain private consumption while investment is held back by tight credit supply, a weak business climate and regulatory uncertainty in the oil sector. 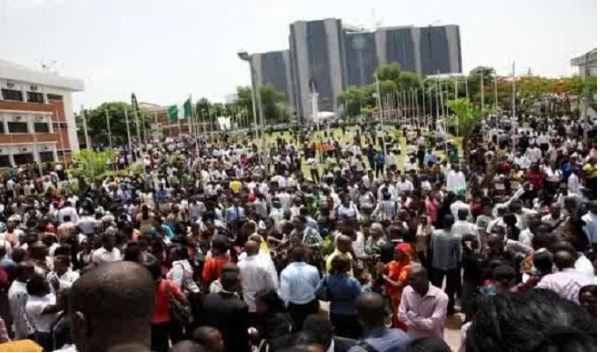 Global rating agency, Fitch Ratings, has said the path to full economic stability and recovery for the Nigerian economy is very rough.
In a statement affirming the nation’s Long-Term Foreign-Currency Issuer Default Rating (IDR) at ‘B+’, Fitch said weak party discipline in parliament and frequent disagreements between the presidency and legislature point to a continued high risk of delays to parliamentary approval of key legislation.
The rating firm said it expects policy continuity with the implementation of only piecemeal reforms, resulting in slow progress on tackling long-standing impediments to growth and weaknesses in macroeconomic management.
While it projected that inflation will average close to 12 percent in 2019-2020, well above the projected current ‘B’ median of 4.8 percent, propped up by cost-push factors, the Gross Domestic Product (GDP) growth is anticipated to average 2.2 percent in 2019-2020, below its previous 10-year average of 4.2 percent and the current ‘B’ median of 3.4 percent.
Business Post reports that in April 2019, according to the National Bureau of Statistics (NBS), the country’s inflation rose to 11.37 percent year-on-year from 11.25 percent year-on-year in March 2019.
Fitch noted that high unemployment and inflation will constrain private consumption while investment is held back by tight credit supply, a weak business climate and regulatory uncertainty in the oil sector.
It said a large infrastructure deficit, which is illustrated by acute power supply shortages and security challenges, also dampen the medium-term growth outlook.
The renowned rating agency disclosed that Nigeria’s ratings are supported by the large size of its economy, a track record of current account surpluses and a relatively low general government (GG) debt-to-GDP.
“This is balanced against poor governance and development indicators, structurally low fiscal revenues and high dependence on hydrocarbons. The rating is also weighed down by subdued GDP growth and inflation that is higher than in rating peers,” it said.
Continuing, it stated that Nigeria’s fiscal performance mostly remains a function of fluctuations in oil revenues, noting that the implicit subsidy of petrol prices (around 0.6% of GDP in 2018), the gradual clearance of joint-venture (JV) cash call arrears (outstanding stock of 1% of GDP at end-2018) and the conversion of government oil proceeds to naira at a below-market exchange rate continue to constrain budget receipts from hydrocarbon extraction.
“Fitch estimates that the GG deficit narrowed to 3.6% of GDP (federal government, FGN: 2.3% excluding transfers to state and local governments, SLGs) in 2018 from 4.5% in 2017 (FGN: 3.2%), mostly reflecting the recovery in oil prices.
“Fitch forecasts the GG deficit to widen to 3.8% of GDP (FGN: 2.6%) in 2019 and further to 4.6% in 2020 (FGN: 3%) as the rise in oil production with the coming on stream of the Egina oilfield will be offset by the decline in oil prices under our baseline. Public finances are vulnerable to disruptions to production caused by recurrent acts of vandalism or other force majeure affecting Nigeria’s aging oil infrastructure. A $10 change per barrel in the Brent oil price against our assumptions would, all else equal, impact the GG balance by around 0.6% of GDP.
“Nigeria’s particularly low non-oil fiscal revenues averaging only 3.7% of GDP over 2016-2018 are a key rating weakness, reducing the fiscal space and resulting in a high fiscal Brent breakeven price of USD129 per barrel in 2019 and USD149 in 2020, according to Fitch’s estimates. A two-thirds rise in the minimum wage entered into force in April and could cause pressures on public finances, particularly for cash-strapped SLGs, although there is high uncertainty regarding its effective implementation date and fiscal cost. The government is contemplating offsetting measures, including a VAT rate increase, which faces strong opposition across the political spectrum.
“Interest payments consumed 27% of GG revenues (FGN: 53%) in 2018 based on Fitch’s estimates, double the current ‘B’ median of 13% and will rise to 30% of revenues (FGN: 65.6%) in 2020, highlighting the risks to debt sustainability arising from low fiscal receipts. The authorities aim to contain the rise in the interest cost by substituting external concessional and commercial borrowing to onerous domestic financing. They also plan to reduce debt through partial privatisations of oil JV assets, which we do not expect to materially reduce their oil revenues.
“GG debt will rise from 25% of GDP (FGN: 20%, including central bank overdrafts) in 2018 to 28.2% of GDP (FGN: 22.4%) in 2020, still well below the projected current ‘B’ median of 56%, under Fitch’s forecasts. Around 71% of GG debt was naira-denominated at end-2018, limiting refinancing and exchange rate risks but high direct and indirect foreign holdings of local-currency debt expose Nigeria to shifts in investor sentiment and global funding conditions. The debt of the Asset Management Corporation of Nigeria (AMCON) of 3.2% of GDP at end-2018 constitutes a contingent liability for the sovereign, and could rise in the context of high non-performing loans in the banking sector of 11.7% of total bank loans and an elevated proportion of restructured loans,” a statement from the agency said.
Top Stories