It is a sad moment for family members of an ESUT final year student who died as a result of fake drugs. 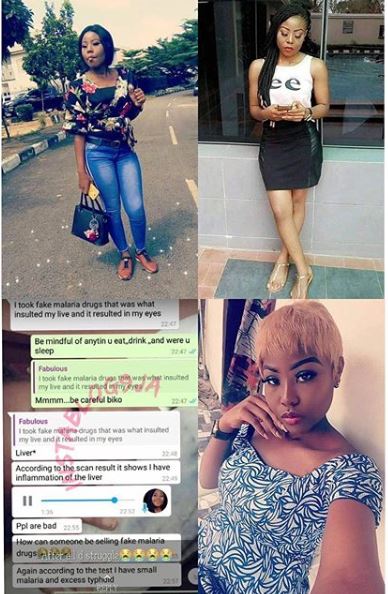 Ojeh
A final year Accounting student of the Enugu State University of science and Technology, has reportedly died after allegedly taking a fake malaria medicine.
The woman identified as Ojeh Cynthia Nnenna, who was set to round off her program next month, died on Friday night, just hours after having a chat with her friend, detailing what she was going through.
Her sad death has left her colleagues in shock.
Top Stories