A woman who is obsessed with acquiring really large hips, has decided to have the world's biggest hips even though it may kill her. 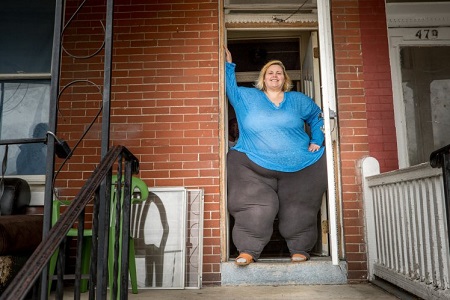 Bobbi-Jo Westley
Bobbi-Jo Westley is a woman who is on a mission to have the world’s biggest hips. Currently measuring 95 inches, she’s just four inches off Mikel Ruffinelli’s – the current record holder – assets.
According to Metro UK, although she isn’t quite there yet, Bobbi-Jo has legions of followers around the globe who trade her pictures online.
And for her biggest fans, she arranges special ‘crushing’ sessions where they pay to have her sit on them.
‘My hips are what make me unique,’ she says.
‘They’re what makes me “me”‘. 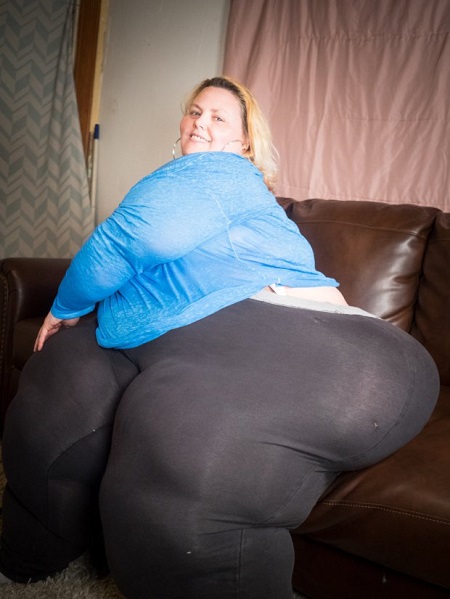 Bobbi-Jo was diagnosed with an underactive thyroid six years ago and she puts her weight gain down to that.
But when nutritionist Nadia Sharifi visited Bobbi-Jo recently, she wasn’t convinced that that was the explanation.
She says that Bobbi-Jo is a ‘ticking time bomb’ and that her current lifestyle could result in an early death.
‘It’s literally a life or death choice at this point,’ she says.
‘Hormones, or thyroid issues, or blood type or ancestry might play a little part, but ultimately it’s down to what we put into our mouth.
‘When we’re talking about her veins, she can have a block very easily. She is really, truly a ticking time bomb.’ 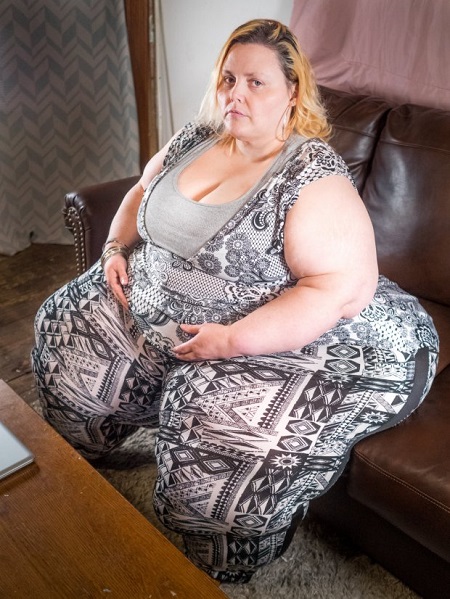 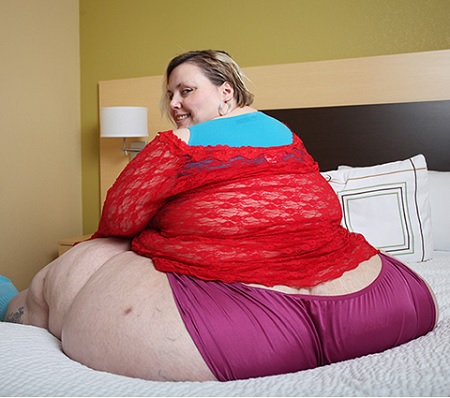 The attention has come as something of a surprise for Bobbi-Jo who didn’t expect to cultivate such a big fandom.
‘When I realised that there were men out there who like my shape, I was kind of surprised. I get all kinds of presents and messages from my fans, some of them ask “will you marry me?” which is kind of hard because I’m already married.’
Of course, she’s faced online fat shaming too but she’s fine with it.
‘When I get people on social media who say I am fat, I really don’t react to it. Because I am fat.’ 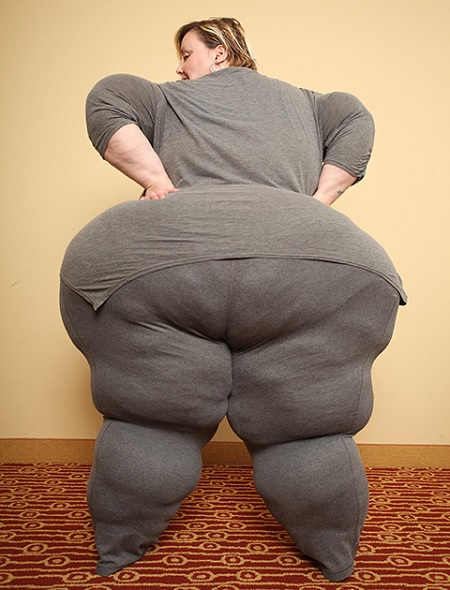