A suspected thief has been taught a bitter lesson after he was caught in Lekki stealing. 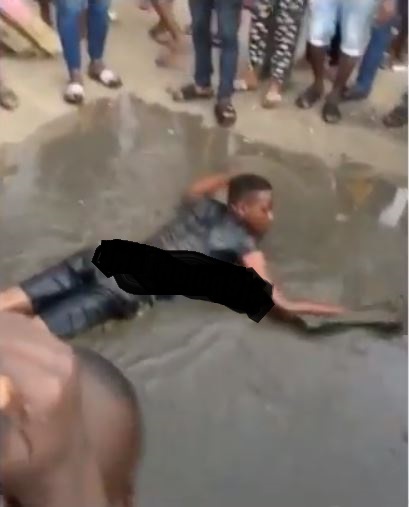 The thief swimming in stagnant water.
Many people were left in a state of shock after a mob took an unsual pattern to punish a thief.
The young thief was forced to swim inside dirty water after he was caught yesterday stealing in Ilasan area of Lekki in Lagos.
Watch video below: