As many as ten persons have reportedly died after a pipeline explosion as recorded in a community in Rivers state. 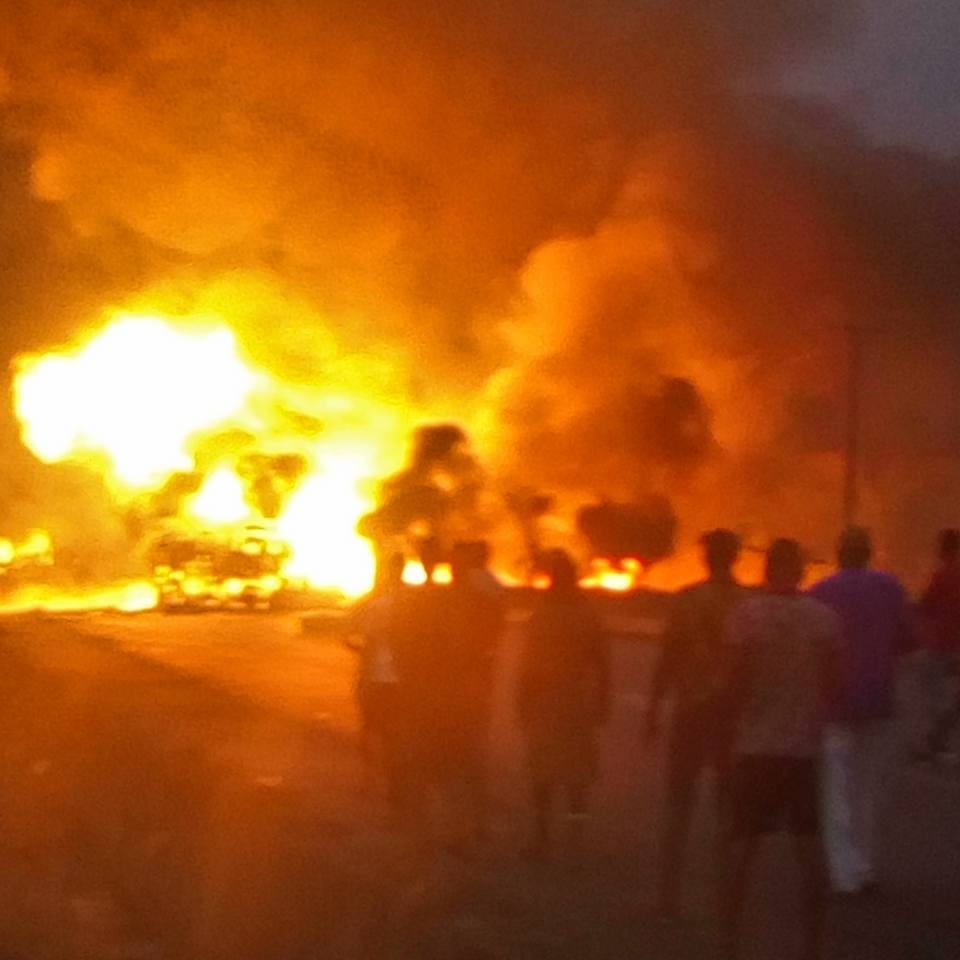 File photo
According to a report by The Nation, about ten persons are feared dead in Oyibo Local Government Area of Rivers State following an explosion in a pipeline in the area.
The incident reportedly occurred in Kom Kom community of the LGA, about midday yesterday. Sources close to the scene said the explosion sparked off fire which supposedly burnt the victims.
The Police in the state confirmed the incident but could not ascertain the actual number of casualty as at the time of filing this report.
Meanwhile President Muhammadu Buhari has asked for a thorough investigation to determine what is responsible for the gas pipeline tragedy in Oyibo Local Government Area of Rivers State in which several fatalities were reported.
The President, according to a statement by the Senior Special Assistant on Media and Publicity, Garba Shehu, is extremely pained by the losses of life in the incident and expressed his condolences to the families of the victims and to the government and people of Rivers State.
Speaking to The Nation on a telephone interview yesterday, the spokesman of the State Police Command, Nnamdi Omoni, a Deputy Superintendent of Police (DSP), said, ‘It is true that there was pipeline explosion in Kom Kom area of Oyibo LGA, but we cannot ascertain the number of casualties now, but our men are there to calm the situation and do the necessity.”
He said the State Police Command has commenced full scale investigation on the incident.
Also, the Executive Chairman of the council, Gerald Oforji, confirmed the incident and put the number of lives lost at 10
Oforji said the bodies of the victims were recovered from the scene after the fire was put out.
He said that no house was destroyed when the explosion occurred.
However, earlier reports said the affected pipeline belonged to SPDC. But the spokesman of Shell, Bamidele  Oladosu, was reported to have denied any report of explosion on the company’s Oyigboland facility.
The Nation later gathered last night that the pipeline that exploded in Oyigbo, Rivers State, that led to the death of ten persons, actually belongs to the Petroleum Products Marketing Company (PPMC), a subsidiary of the Nigerian National Petroleum Corporation (NNPC).
A source in NNPC, who spoke in confidence yesterday evening, stated that the exploded pipeline was conveying Premium Motor Spirit (petrol) from Port Harcourt to Aba, before vandals tampered with it to steal fuel, leading to the explosion.
The top official of NNPC also insisted that the pipeline was not that of the Anglo/Dutch oil giant, the Shell Petroleum Development Company of Nigeria Limited (SPDC), as being insinuated.
While later speaking last night through the telephone from Lagos, the Media Relations Manager of SPDC, Bamidele Odugbesan, stated that officials of the oil firm had properly checked the Oyigbo area and confirmed that no pipeline of SPDC was affected by explosion yesterday.
A resident of the area, Jude Nwanma, said that residents of Izuoma where the incident occurred were woken up today by a very loud explosion on a pipeline.
He said that the explosion caused pandemonium in the area just as residents scampered to safety.
Top Stories