A Nigerian man has gotten himself into serious trouble after allegedly giving his wife a dud cheque of N450k. 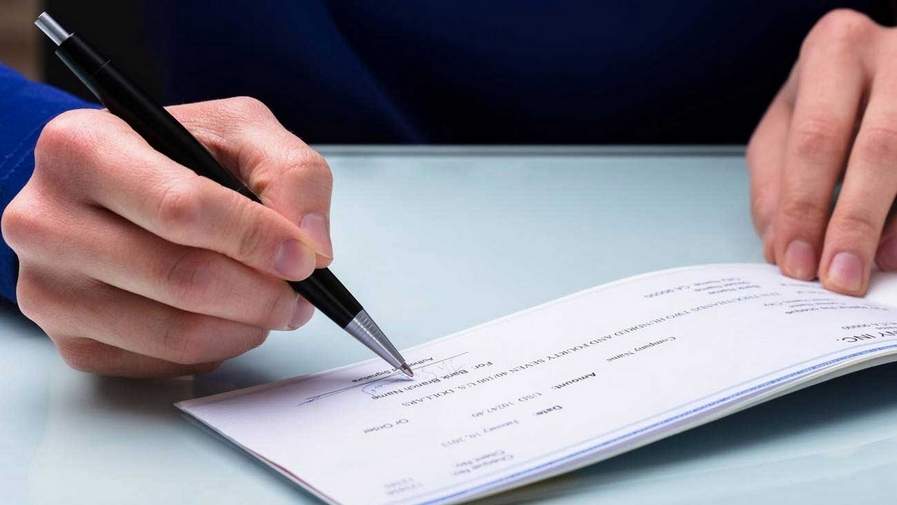 According to Punch Metro, the Secretary to the Sagamu South Local Council Development Area of Ogun State, Taofeek Kashimawo, has been arraigned before the Ijede Magistrates’ Court, Ikorodu, Lagos, for allegedly issuing a dud cheque of N450,000 to his 43-year-old ex-wife, Keji Liasu.
Liasu told the court that before she went into the relationship with Kashimawo, she was living in her own house, a bungalow, at Ibafo, Ogun State, adding that the defendant pressurised her to sell the house and give him the proceeds to acquire another property in their names.
According to her, she sold the house and gave the defendant the sum of N1.8m in 2010.
The complainant, who was a major contractor to Flour Mills of Nigeria Plc, Coca Cola and Burham Cement, among others, stated that she was worth N14m at the time they started the relationship.
She said due to her inability to have a child, the defendant later married three more wives.
Liasu added that she had a protruded belly for four years, which was later diagnosed as fibroid.
She stated, “I was a major contractor to Flour Mills of Nigeria Plc, Coca Cola and Burham Cement; I used to treat boreholes as well. I was worth N14m when I met him. He gave me a plot of land in 2011 at Odogunyan on the Oguntade Oloja family land with all the relevant documents.
“Because I didn’t have a child for him, in 2016 he married three other wives. I pleaded with him to save my face having lived with him for more than 17 years. Earlier, I sold my gold and kitchen utensils worth N2.4m and I used the money for tiling the house we bought together.
“He only rewarded me with a second-hand Kia SUV and a post-dated cheque of N450,000 on September 23, 2018. He asked me to present the cheque on October 30, 2018. I presented the cheque on October 30 and on November 5, 2018, the cheque was returned due to insufficient fund in his account.
“I called him; he did not pick my calls. I then sent him a text message that the cheque was dishonoured. Since then, he has not made any move to pay the money. I then decided to seek redress by approaching the police so that he would pay me.”
Kashimawo, on his part, told the court that with the consent of their parents, he was married to the complainant for more than 17 years, adding that the relationship started in 2001.
He added that they were no longer together as Liasu decided to opt out of the relationship and packed out of his house in order to have a fibroid surgery.
Kashimawo said, “I agreed to pay her N400,000 for that purpose and N20,000 as her monthly upkeep and another N30,000, which was her contribution to a cooperative society, which I am the president; these bring the total to N450,000.
“The N450,000 cheque I gave her was in expectation of payment. Unfortunately, the client, who I expected would pay the money into my account, did not do so; I called to ask her not to present the cheque but she decided to present it to create a problem for me. I know that issuing a dud cheque is an offence; that was why I begged her not to present it.”
He added that regarding Liasu’s demand for N7.7m, he had agreed to pay her N4.9m because of the good times they had together, noting that the money would be in instalments of N2m, N1.5m and N1.4m payable latest by December 2019.
The prosecutor, Inspector Aminu Isaac, said the defendant issued a First City Monument Bank cheque number 21232490 to Liasu for N450,000 knowing that there was no money in the account.
According to him, the offence is punishable under Section 321 (B) of the Criminal Law of Lagos State of Nigeria, 2015.
Kashimawo pleaded not guilty to the one count of presenting a dud cheque.
The presiding magistrate, Mrs A. Oshodi-Makanju, granted the defendant bail in the sum of N100,000 with one surety in like sum, who must show evidence of tax payment.
She adjourned the case till July 11, 2019.
Top Stories