Eight-year-old Karan Singh of India has been named the world's tallest boy towering over 6ft. 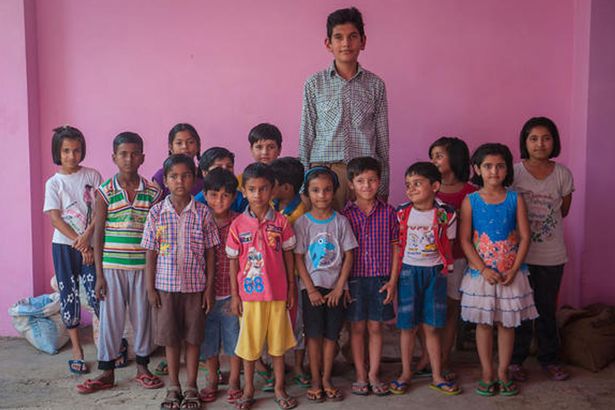 Karan Singh is twice taller than his classmates
A schoolboy who measures a whopping 6ft 6in is believed to be the world’s tallest eight-year-old at – twice the size of many of his classmates.
Karan Singh, from Meerut in India, has been a record breaker all his life, entering the Guinness Book of Records as both the heaviest and tallest baby at birth. Now his Dad Sanjay, 41, hopes his son’s amazing height will be recognised again.
“When Karan was born, he weighed 7.8 kg and was over 63 cm in length. So that got him into the record books instantly.
“Then, when he was five-years-old, he got the record for being the tallest toddler. He is eight now and I want to get him into the Guinness Records again,” said Sanjay whose son is already his height.
Karan is not the tallest in his family and seems to owe his extraordinary height to mum Shweatlana, 33, who was named India’s tallest woman with a towering height of 7ft 2in. 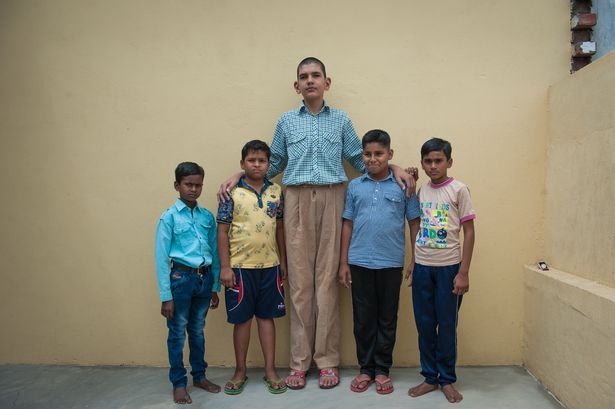 Shweatlana, 33, is a basketball player and has represented India in numerous national and international sports events.
Although it’s not clear what has caused their lofty height, there is the possibility that both mum and son have an excess of the growth hormone.
Sanjay said: “We take Karan to an endocrinologist regularly. Until now, the tests have not shown any problems and everything is normal. Karan has a good stamina and has no internal problems.
“I am a naturopath by profession and I make sure that we follow a special diet and supplements along with a healthy day to day lifestyle.”
Despite towering above his classmates, Karan manages to do everything his smaller friends do.
He said: “After finishing my homework, I play with my friends and then I go play basketball with my mother; she started teaching me since I was five years old and I want to play basketball like her, but I also like science a lot.” 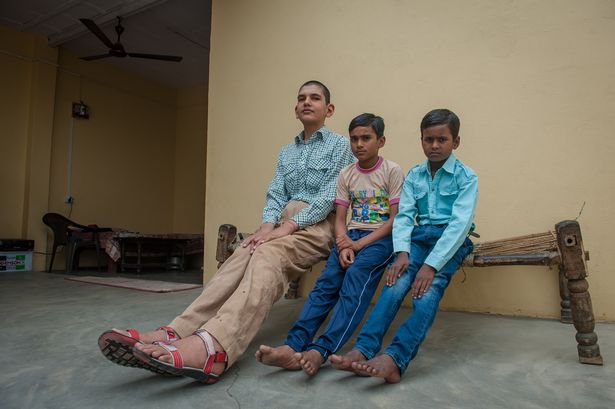 The family attracts a lot of attention when they step out together, but say their main problem is getting clothes and shoes in their enormous sizes.
Shweatlana said: “When Karan was born, he didn’t fit into regular baby clothes. We had to get clothes for a six month old baby for him.
“At the age of three, clothes for a 10-year- old would fit him. Now, his shoe size is already 12 and sometimes we don’t get that in the markets and have to get them made.”
Mum and son have the same shoe size and often wear each other’s, and Karan’s clothes are often especially made for him.
Shweatlana said. “My clothes have to be stitched specially. I don’t even find bangles or sandals in my size. Now we get Karan’s clothes tailor made as well.” 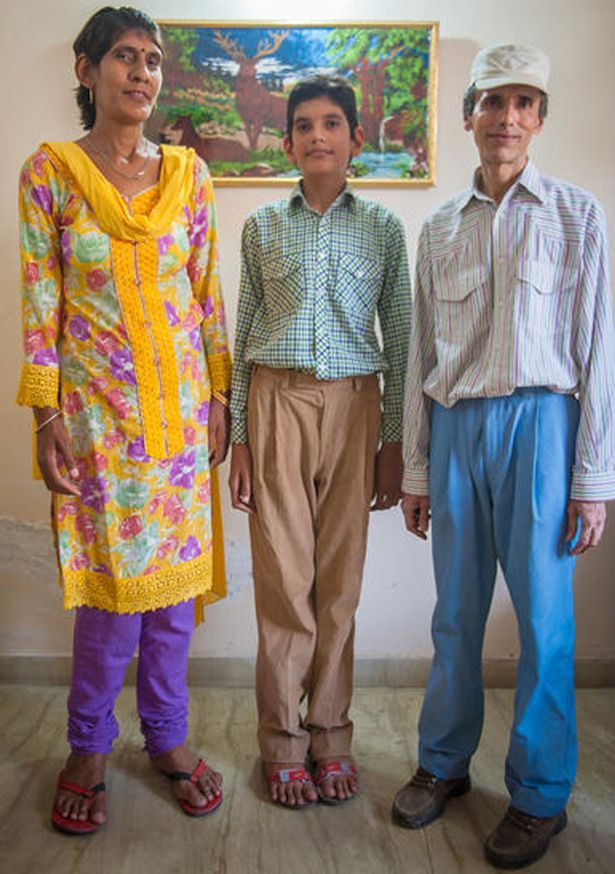 Far from being embarrassed by his height Karan has said he would like to keep growing.
He said: “I like that I am tall and that my mom is tall. I want to be taller than my mom and make my parents proud.
“But if I have to choose between becoming a doctor and a basketball player, I will choose basketball for sure.”
And proud mum Sweatlana insists that her and her son’s stature is nature’s gift.
She said: “As they say, a tiger’s son grows up to become a tiger. Karan is also the son of a tigress. He will grow up to be a tiger.” 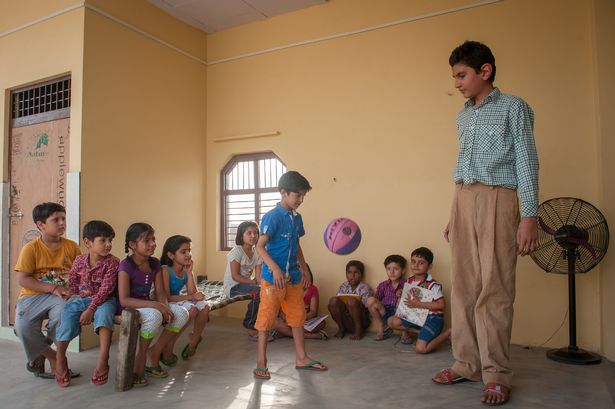