A Nollywood actor has reportedly fallen inside a swimming pool and drowned after going there to have a good time. 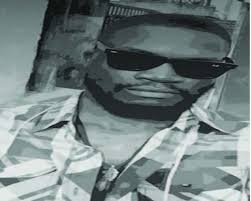 Kagho Harley Akpor
According to a report by Punch Metro, a Nollywood writer, actor and director, Kagho Harley Akpor, has reportedly drowned in a swimming pool at a popular hotel in Asaba, Delta State.
Although the details of the incident were still sketchy as of press time, sources said Akpor was at a location shooting a movie with other crew members when he fell into the pool.
The source stated that the director might have drowned as a result of lack of swimming skills, adding that as of the time he was rescued from the swimming pool, it was already too late.
The state Commissioner of Police, Mr Adeleke Adeyinka, who confirmed the incident on Tuesday, however, said he could not give details.
Adeleke said contrary to rumours, the deceased was not at a movie location when he drowned, but simply went to the swimming pool for other reasons.
Top Stories