The Lagos State University has punished three of its students who were found culpable in various criminal acts. 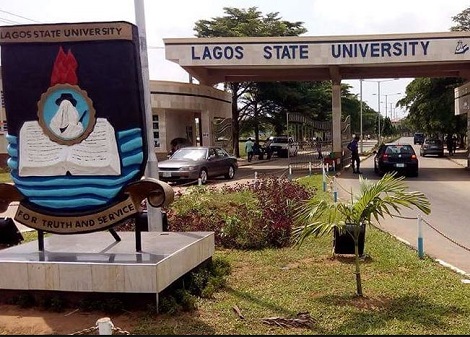 Three students of the Lagos State University have been suspended for alleged rape and cultism.

A statement by the institution’s spokesperson, Mr Ademola Adekoya, on Wednesday, said the students’ indefinite suspension was approved by the Vice-Chancellor, Prof. Olanrewaju Fagbohun.

The affected students, according to the statement, are Akanbi Oloyede, Tobiloba Olutade and Afeez Ogunbowale.

The statement read in part, “The Students’ Affairs Division received information about a fracas that happened on June 20, 2019, on the campus involving some students and non-students. Our preliminary investigation revealed that the fracas, which started at the Faculty of Management Sciences, was between two rival cults.

“With the prompt reaction of the Security Department, those who were involved ran out of the campus and some of them were eventually apprehended and handed over to the police.

“In a related development, the VC has also approved the indefinite suspension of Afeez Ogunbowale of the Department of Chemistry Education with matriculation number: 160112046, over an alleged case of rape. Ogunbowale was reported to have carried out the act on April 18, 2018.

“He was apprehended on September 13, 2018, and subsequently transferred to the Festac Police Station since it is a criminal case.”

Meanwhile, a 200-level student of the Faculty of Education, LASU, identified simply as Ruqayyah, was reportedly stabbed while resisting a robbery attack on her.

It was gathered that the Biology Education undergraduate was going to the university campus on Tuesday when she was attacked at Franklas, Iyana Iba.

One of her coursemate, who identified himself simply as Danjuma, told our correspondent that some hoodlums wanted to snatch Ruqayyah’s phone and other belongings but she resisted.

He said, “She was coming to school very early in the morning when she was stabbed. She had a deep cut in her hand. We heard that she was attacked at a quiet place after she attempted to escape from them.

“When the hoodlums saw people coming towards the scene, they ran away. She eventually did not lose anything to the hoodlums.”

Reacting to the attack, the President of LASU Students’ Union, Mr Oladele Olawale, said the victim was in intensive care at the institution’s health centre.

The LASU spokesman, Mr Ademola Adekoya, described the attack on the student as “profound wickedness.”

“The university is already working with security operatives to improve the security situation in the area,” he added.
Top Stories